Does anyone know what the Cup race at Michigan will look like? 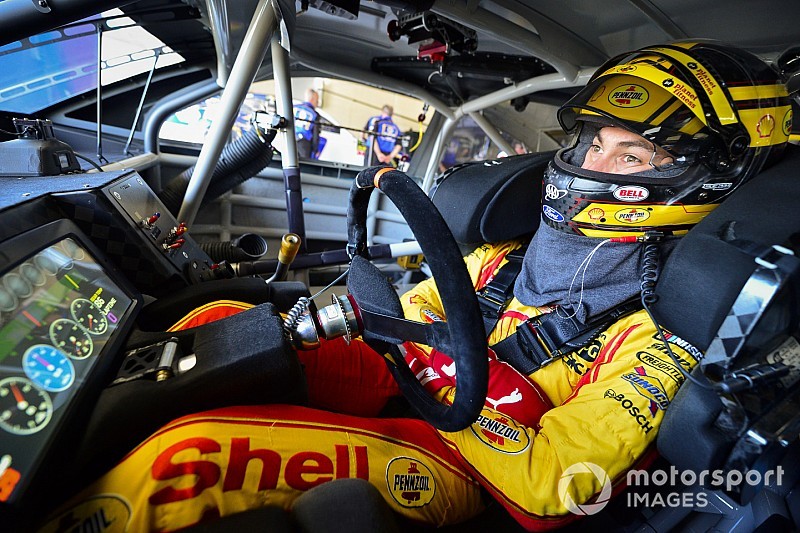 NASCAR’s new aero package gets another big test Sunday at Michigan and what it will look like depends on who you ask.

Drivers in the Monster Energy NASCAR Cup Series of late have been a bit hesitant to predict how the new aero package with perform in races, in particular because many of those predictions have turned out to be off-base.

Some races, like Charlotte and Kansas, turned out better than expected. Others, like last weekend at Pocono, appeared to fall short of expectations.

Entering this weekend at Michigan International Speedway, there were several drivers who expected this track would once again showcase the best the package has to offer. Yet even during the course of the weekend, some drivers’ expectations have changed.

Here is a sampling of what drivers think we may see on in Sunday’s FireKeepers 400 following two days of practice and qualifying on the track:

Ryan Blaney: You try to balance out the drag versus handling. If you want less drag you will handle worse. There are a lot of people back and forth on that. You hope you hit it right, get the combination right. Some cars qualify great and don't race good. We have always been on the not qualifying great side and racing really well. You just hope you get it right. There is only one way to find out.

Chris Buescher: I would say dirty air is something that is going to come into play here. It’s not going to be like a Daytona or Talladega type race. It was hard to pass in practice; I think that will get better in the race. It will get a little more aggressive. It’s going to be a tough one.

Kurt Busch: What I am starting to see is that the pace is still too fast. Pocono, I thought would be slower and there would be more of a draft effect. Here, the pace is fast and yes, there is a draft, but I want it to be a larger effect. So, the only way I think you would make a change at this point is to go to a different sized tapered spacer and slow the cars down. You would make it to where the cars are forced to run in a draft.

Matt DiBenedetto: It’s the same battles we’ve had all year. It will be tough, but I think you’ll get a suck-up on the straightaways for sure. That might make you have to play a little defense to the guy behind you and things like that. It is tough in the corners, you can get stuck behind people that you might be significantly faster than and that’s just a product of the fact that in my opinion, big spoilers don’t belong on stock cars and it makes it tough to pass.

Denny Hamlin: Cars will be closer together and who knows how passing is going to be. It looked like it was a little tough in practice, but certainly we’re running a lot of on-throttle time. We’ll just sort of see how the race plays out and then we’ll know better for the second race when we come back.

Kevin Harvick: This is one of the places where the speed was creeping in a lot higher than it needed to be. I think it will be an interesting race. The cars are driving better and drafting better than I thought they would. It should be fun to watch tomorrow.

Joey Logano, pole-winner: It is not going to be like Daytona and Talladega. Those tracks are so easy wide open in dirty air that the draft works throughout the whole race track. There is some times that you can follow a car right behind them here and still be pretty much wide open but you have to be one of the first two to four cars to be able to do that. So when you get back in the pack, the more handling is going to mean and that is when you have to approach it more like a race you would at Kansas and be smart about what lines you pick and where you are trying to make passes.

Martin Truex Jr.: It’s going to be a big challenge to make moves tomorrow and make the right moves. It seems like this place here, you almost get penalized when you beat someone through the corner getting underneath them. You try to pass somebody and if they screw up getting into the corner or whatever, you can get under them and then you get on the straightaway and six cars pass you. It’s a frustrating place to race because of that.