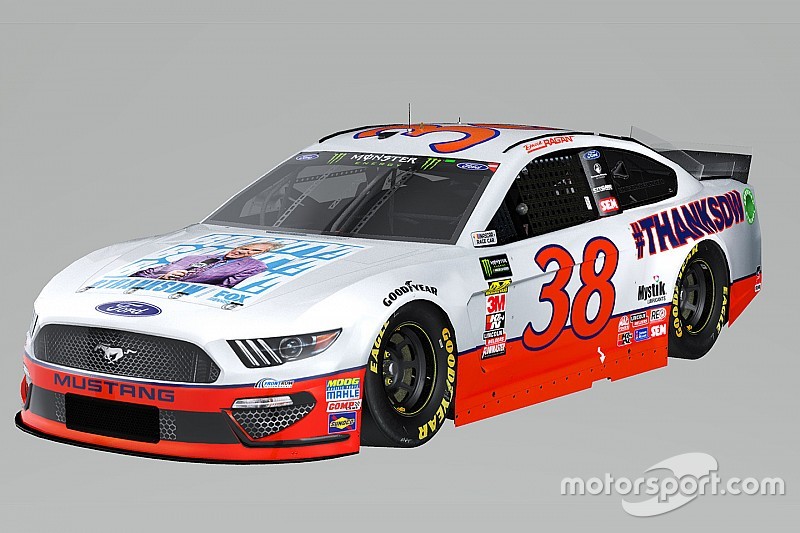 Waltrip announced earlier this year this would be his final season calling races in the Fox Sports broadcast booth and Sunday’s race is Fox’s final NASCAR broadcast of the 2019 season.

Roush driver Ricky Stenhouse Jr.’s No. 17 Ford will feature a special chrome numbered paint scheme. Waltrip drove the No. 17 car in the Cup series from 1987 to 1998.

“Darrell Waltrip has meant a great deal to our sport as both a competitor and a member of the broadcast media,” said Jack Roush, a fellow member of the NASCAR Hall of Fame. “The thing that stands out to me about Darrell is that after I just announced I was starting the team with Mark Martin, I was invited into a driver’s meeting that season.

“Darrell Waltrip was one of the first to welcome me into the fold and say, ‘Come on in Jack, we are going to have a lot of fun with you’ and we sure have over the years.”

Stenhouse, who grew up a Waltrip fan, has driven two cars as part of Darlington Raceway’s “Throwback” weekends to honor Waltrip.

“With as much as he’s done in the sport on and off the track, Darrell will definitely be missed,” Stenhouse said. “I have enjoyed all the sit-downs and seeing his passion that he has for the sport.”

Front Row Motorsports will run a paint scheme on David Ragan’s No. 38 Ford inspired by Waltrip’s No. 17 Western Auto Parts America Chevrolet which he drove in the late 1990s.

Ragan’s No. 38 Ford will feature a red and white design, complete with "#THANKSDW" messaging, Waltrip’s likeness on the hood and his signature "Boogity, Boogity, Boogity! Let's go racing, boys!" catchphrase.

“I’m so grateful for the opportunity to run this scheme during Darrell Waltrip's last race as a broadcaster with Fox,” Ragan said. “We’ve developed a great relationship over the years and he’s truly been an asset to our sport.

“It still gives me chills listening to replays of him calling my Talladega win in 2013. His enthusiasm for racing is unmatched and I know we will all miss seeing him up in the booth each week.”