Dale Jr. on retirement: "I work so much more than I did as a driver"

Dale Earnhardt Jr. said he’s not sure he can call what he’s doing now in NASCAR “retirement.” 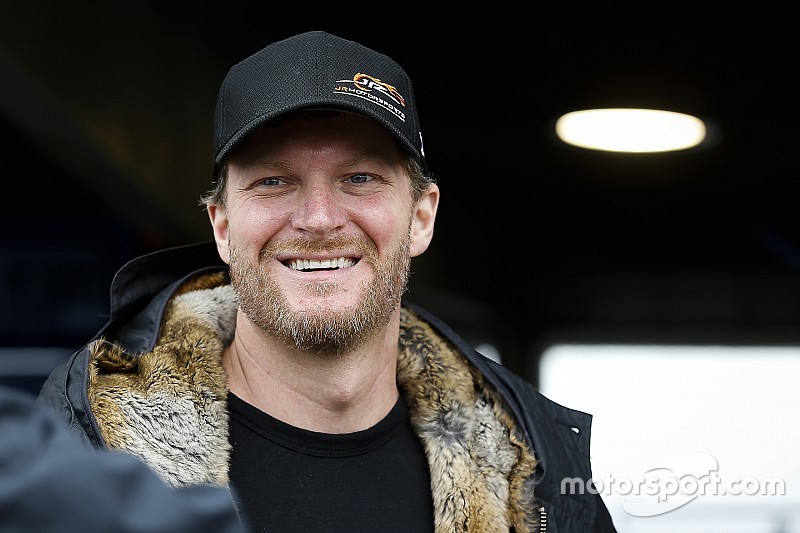 Earnhardt – a 15-time winner of NASCAR’s most popular driver award – has had his plate full since stepping away from fulltime NASCAR competition at the end of last season.

He has put in a lot of work in his new role as a NASCAR analyst for NBC Sports as well his continued ownership role at JR Motorsports.

Earnhardt is also a new father to daughter, Isla, and this weekend was given the opportunity to drive the Chevrolet pace car for the Brickyard 400 at Indianapolis Motor Speedway.

“I don’t know that I call it retirement any more. I work so much more now than I did as a driver. We have so many things going on – stuff that I would sort of put on the shelf when I was driving,” Earnhardt said.

“When I was a driver, people assumed I had no time for anything else, or I was focused on nothing but the driving and everything else had to wait. Now, I haven’t learned how to say ‘no’ yet. Just saying yes to everything that sounds good.”

In addition to his NBC work, there’s also expansion of his Whiskey River bar franchise and spending time on his car dealerships in Tallahassee, Fla.

“We have about half dozen projects that are going on right now that are need something weekly,” he said. “It just goes and goes and goes.

“This is a great opportunity for me to feel like I still play a small role in the sport, and be around the sport. It’s turned out to be more fun that I thought it could be.”