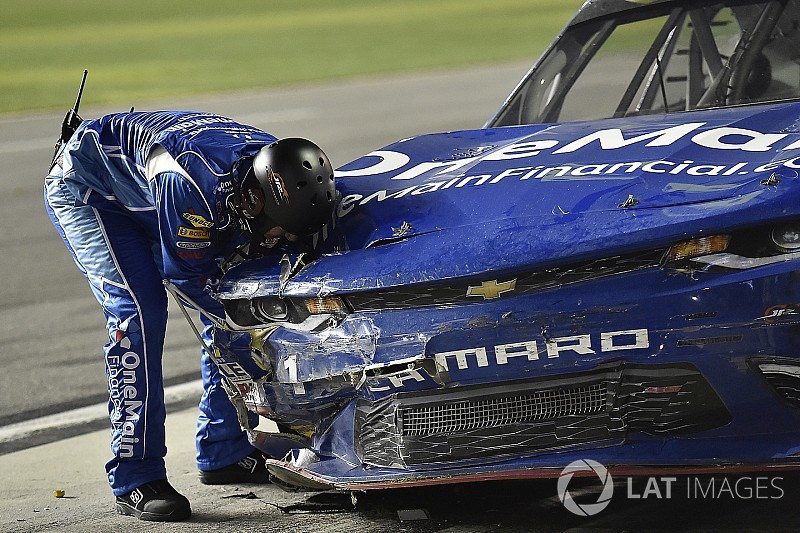 NASCAR made minor changes on Wednesday to its damaged vehicle policy and qualifying procedures.

There are two changes planned to the DVP, based on discussions with teams and with the reduction of the number of over-the-wall pit crew members this season from six to five.

The time limit for pit road repairs moves from five to six minutes in length. As last season, the clock will reset if a damaged car returns to the track and is able to meet the minimum speed.

The penalty for having exceeding the crew member limit while a team is under the DVP has also changed. If there is such a violation, the driver will serve a two-lap penalty. Last year, a similar violation required the team to drive to the garage and end their day.

For knockout qualifying at intermediate and short tracks this season, the first round will be reduced from 20 minutes to 15 minutes.

NASCAR officials believe the shortened first round will increase the amount of on-track activity for fans. Many times the first round sees several minutes when teams sit on pit road waiting to make a qualifying attempt, due to a particular track surface or even the weather.

NASCAR has also altered the look of its “Air Titans,” the track drying equipment deployed at tracks throughout the season.

The new wrap of the trucks includes the current NASCAR brand mark.