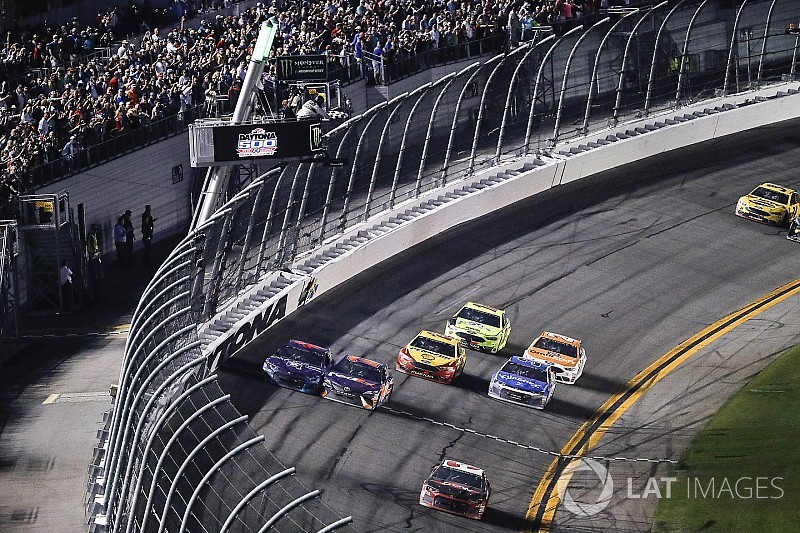 Denny Hamlin has taken to Twitter to defend himself after a video emerged showing him and Darrell Wallace Jr. engaged in a heated argument following the Daytona 500.

On the final lap of the 60th running of the Daytona 500, Hamlin and Wallace found themselves in a drag-race to the finish line in a fierce battle for second. Contact was made as they neared the stripe and the No. 43 ended up against the outside wall with Hamlin's No. 11 pinned up against the driver's door.

Wallace prevailed by mere inches to finish second to race winner Austin Dillon, but that was far from the end of it. When asked about the run-in, an emotional Wallace compared it to a 2017 incident in which Hamlin collided with Ryan Blaney at Martinsville.

"I want to see the replay before I say anything stupid, but he might need to take some Adderall for that one," he told FOX. The comment was referencing Hamlin's claim that 70% of the field may be taking Adderall or some other form of medication to help focus after he was pressured to give a percentage on the Pardon My Take podcast.

"He (Hamlin) said I cut his tire down. Looks like the same move he pulled on Blaney at Martinsville, but hey, we edged him out -- we beat him, so it's all good."

After the race, the two drivers crossed paths in the Cup garage near the Media Center and a brief, but heated argument ensued.

Hamlin has since taken to Twitter to defend his actions, posting three tweets in succession to explain what led up to the confrontation.