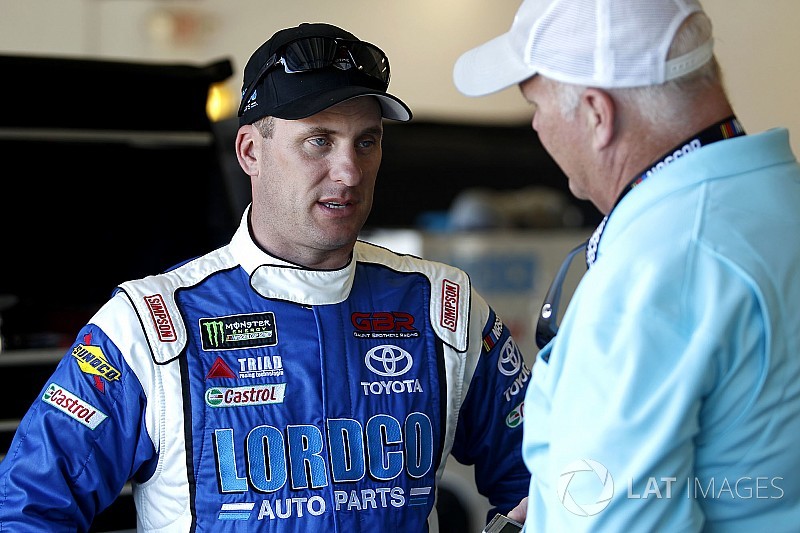 Canadian racer D.J. Kennington is set to try his hand on his first short track in the Monster Energy NASCAR Cup Series.

Kennington, a two-time champion of the NASCAR Pinty’s Series in Canada, has made seven previous Cup series starts but none a track a less than a mile in length.

He will drive the No. 96 Toyota for Gaunt Brothers Racing in Sunday’s race at Martinsville (Va.) Speedway with sponsorship from Gordon Brothers, a global advisory, restructuring and investment firm.

“I’m pumped to get back on the track,” said Kennington, 40, who has made starts at Daytona and ISM Raceway near Phoenix already this season. “At the end of the Phoenix race, we had our car handling where we wanted it.

“We’re still building our foundation for the shorter tracks and Martinsville should provide us a solid proving ground.”

Team owner Marty Gaunt said the partnership with Gordon Brothers will have his organization continue to grow.

“We take pride in bringing new companies into the Cup series and helping them benefit from their participation in NASCAR,” he said.

Kennington has made two previous starts at Martinsville in the Camping World Truck Series, with a best finish of 17th in 2010.

Daniel Hemric to make Cup debut with RCR at Richmond

Trevor Bayne on Charlotte Roval: "It's going to be a survival race"