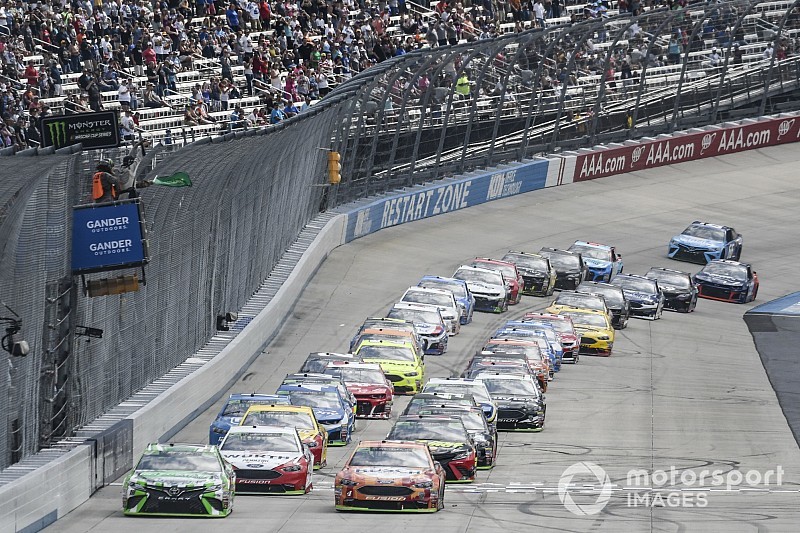 NASCAR will ban a key driver aid for the 2019 Cup series season by removing the driver-adjustable track bar that allows competitors to adjust chassis set-up on track.

The device was introduced for the 2015 Cup season so that drivers could influence the handling during the changing conditions of a race.

NASCAR claims drivers had approached the series over a desire to lose the driver-adjustable track bar.

"We’ve had the driver-adjustable trackbar for quite a while now and many of them [the drivers] came to us and said, ‘Hey, look. This really didn’t do what we’d hoped for and we’d rather not have it,’" Scott Miller, NASCAR's senior vice president of competition, told SiriusXM Radio.

“So part of the 2019 rules is that the driver-adjustable, cockpit-adjustable trackbar is no longer in play for 2019.”

The implication of the change means that pitstop set-up changes will become more crucial.

Previously a NASCAR team could make a wedge adjustment, which relates to suspension set-up, and any mistakes could be countered by driver adjustment on track.

Now that safety net has been removed, a year after NASCAR reduced the number of over-the-wall pit crew, means any set-up mistakes would have to be fixed at the next pitstop.

The previous rules changes in 2018  led to several issues early in the season as the wheel guns proved problematic.

The 2019 rule change follows on the heels of NASCAR's radically different aero packages after the success of Charlotte's All-Star race earlier this year.