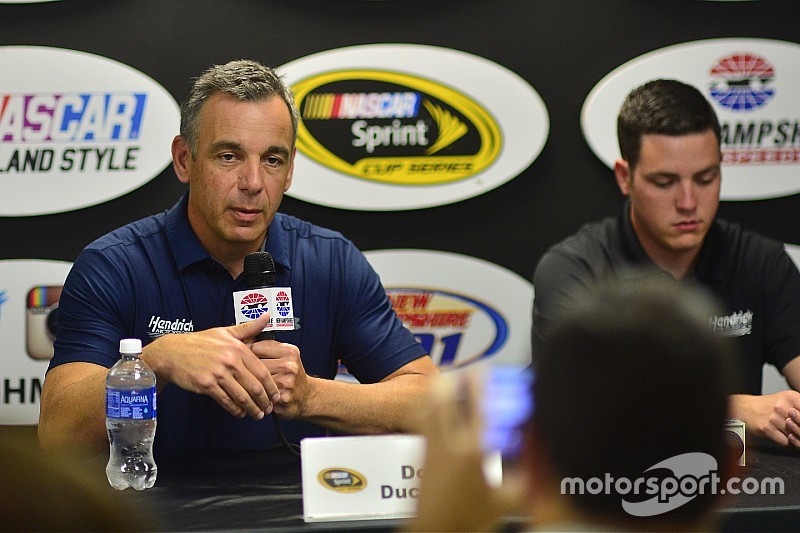 Long-time racing executive Doug Duchardt has replaced Max Jones, who was promoted to Managing Director of the team’s NASCAR operation.

Less than eight weeks away from the season-opening Daytona 500, Chip Ganassi Racing has made some leadership changes with its NASCAR operation.

In addition to the personnel announcements, the overall management structure of the corporate office at CGR has been revamped for 2018.

In his new role with the company Duchardt will work closely with Jones, Hull and Lauletta to increase collaboration, performance and growth across all of CGR’s racing activities.

“We are all so pleased to get someone with both Doug’s racing credentials and his business acumen,” said Ganassi. “He has a lot of racing championships under his belt and a strong track record for running successful businesses and has the respect of the racing industry.

"Doug will be a great addition to help lead what I think is already a very good group of people.”

Duchardt brings a championship pedigree with him as he was most recently executive vice president and general manager at Hendrick Motorsports (HMS).

He spent over 12 years at HMS where he directed all racing operations for a NASCAR team that fields four cars in the Monster Energy NASCAR Cup Series. Under his watch, the team won seven Cup series championships including a run of six consecutive from 2006-11.

“I am excited to become a part of Chip Ganassi Racing,” said Duchardt. “I, along with the rest of the industry have always admired Chip and what he does across so many forms of racing. What has been especially impressive of late has been the turnaround they have made in their NASCAR operation.

“I am also looking forward to competing in IndyCar and IMSA once again. Along with Felix Sabates and Rob Kauffman, Chip has assembled a group of championship caliber people on each of his teams that I am looking forward to working with and helping them achieve even more success both on and off the track.”

Prior to HMS, the Morton, Ill., native spent over 20 years with General Motors where he most recently managed their entire North American motor sports initiatives with relationships in NASCAR, IndyCar, NHRA, IMSA and SCCA.

He is a graduate of Missouri University of Science and Technology with a mechanical engineering degree. He earned a master’s degree in engineering from Purdue University. Most recently he completed his Advanced Certificate for Executives at the Massachusetts Institute of Technology Sloan School of Management.

NASCAR Mailbag: Sponsorships, charters and what Jeff Gordon is up to