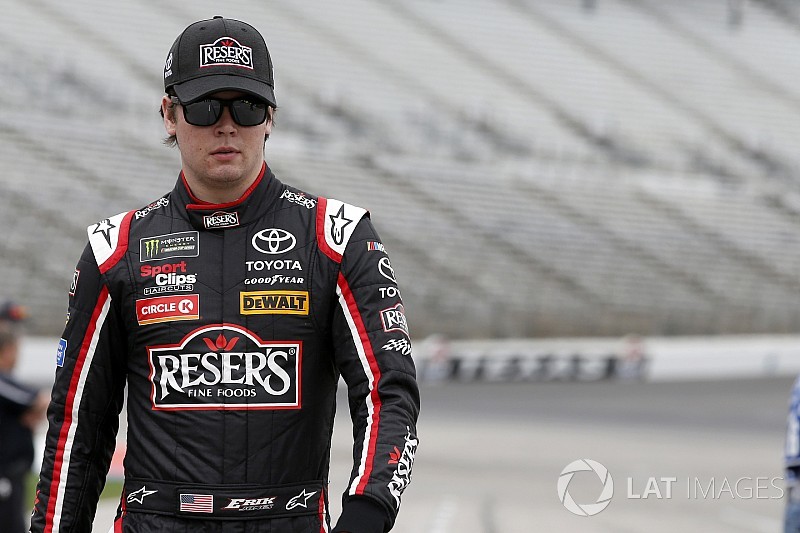 Erik Jones is looking for some Texas-sized improvement this weekend.

Jones, in his second full-time season in the Monster Energy NASCAR Cup Series but first with Joe Gibbs Racing, has had a consistent start to the year with three top-10 finishes in the first six races and sits 12th in the series standings.

“I feel like Denny (Hamlin) and I have run really similar most weekends. Kyle (Busch) has obviously been a little bit of a step ahead of us running up in the top-five consistently, so we just need to take that next leap of getting up towards the top five and contending more and leading laps,” Jones said Friday at Texas Motor Speedway.

“We did a good job of that towards the end of last season on the No. 77 team of running in the top-five a little bit more. We’re running better early-on than we did last year.”

Jones, however, has not led any laps since the season opener at Daytona and has yet to score a top-five finish.

With a solid record at Texas, including three wins in the Xfinity Series, he has been looking forward to this weekend’s race as an opportunity to raise his level of performance.

“We ran well on the West Coast and you know I think coming to Texas, you know this is the weekend where I’ve kind of got marked down where we get up in the top-five and hopefully contend more throughout the day,” Jones, 21, said.

“Auto Club was a better race for us. Hopefully coming here we can get up and just get some stage points – that’s the big thing we’ve been missing out on is stage points this year. We haven’t done a good job.

“Our mid-point of the race we haven’t ran as well as we should have and haven’t earned those stage points like we really should have.”

While there may typically not be a lot of crossover between in the Xfinity and Cup series, the recent pavement of Texas lends Jones to believe his success at the track in Xfinity may be of more benefit than is usually the case.

“I would say on a repave like this, the two cars are more similar than maybe any other weekend. There’s a lot of things I feel like I take from the Xfinity car you know that assisted in some speed, so getting over to the Cup car there’s a lot of things that I remember from last year that we needed to work on,” Jones said.

“There’s a new left-side tire here this weekend, which has been really different. We fired off practice nowhere where we needed to be, but did a good job of turning it around and getting it close.

“We’ll kind of see where it goes, but I think there is a lot of information I can lean on from my Xfinity stuff here.”