NASCAR is "confident" that it can add a fourth manufacturer to the Cup field sometime after 2020, and has not ruled out finding a fifth. 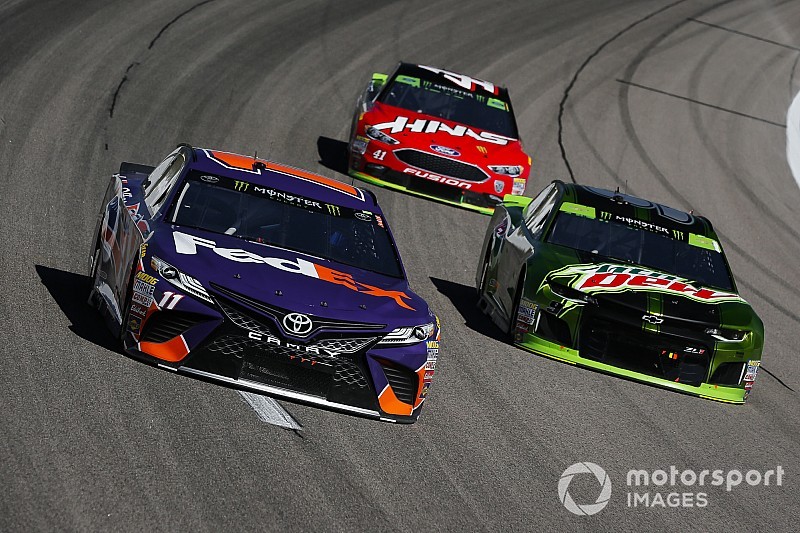 The top-level series currently has three manufacturers in Ford, Chevrolet and Toyota.

It last had four manufacturers in 2012, Dodge's final season before it pulled out of NASCAR.

Rumors of Dodge returning have been ever-present since its exit, although earlier this year a source told Motorsport.com the firm was not currently looking to make a comeback.

Other manufacturers, including Nissan, which has a sizable presence in the American automobile market, have been linked to the series.

NASCAR president Steve Phelps said there is a "ton of interest" in the paddock in adding new manufacturers.

"The great news is that the three OEMs that we have - Ford, Chevrolet and Toyota - are all interested in having another one. Maybe even two," Phelps told NASCAR digital media.

"I'm confident that in the future we will have a fourth OEM and if we're lucky enough to have a fifth, that's great.

"I do think we'll have some success there, but it will be, I would say, years down the line."

Hybrid power in the future?

In NASCAR's yearly address to the media, Phelps also discussed the idea of alternative power in its championship.

"Is electrification on the [agenda] in the future potentially? Yeah, it certainly is," said Phelps.

"Can I see a time in the future that we will have that? I definitely do.

"But I can assure you that we are looking at it right now."