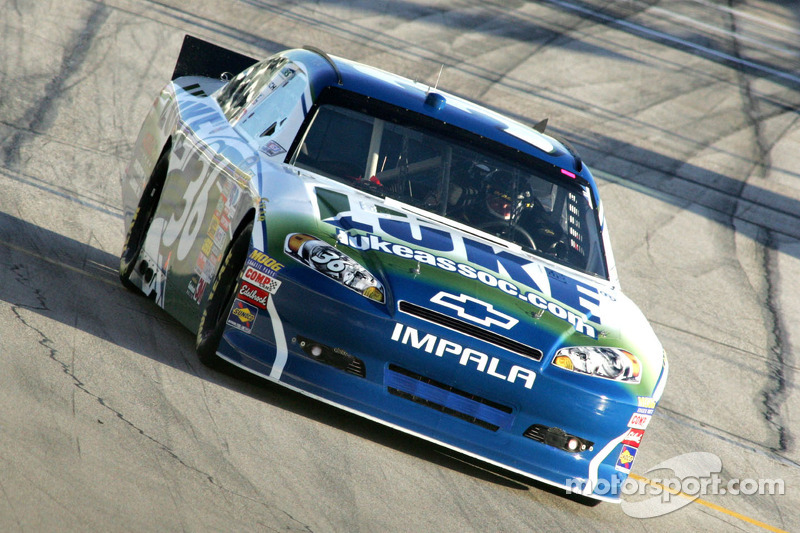 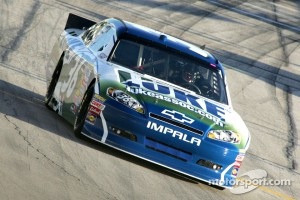 FORT WORTH, TEXAS (November 7, 2011) – Geoffrey Bodine started the AAA Texas 500 from the 42nd position. He drove his No. 36 Luke & Associates Chevrolet into the 37th spot before Brian Vickers got into the rear of the Tommy Baldwin Racing (TBR) machine, sending Bodine spinning. The crew tried to fix the damage, but by lap 230, the No. 36 retired from the race due to a vibration. The team finished 38th in the NASCAR Sprint Cup Series (NSCS) event.

Bodine took the green flag from the 42nd starting spot. He worked up to 40th by lap 19 and told the crew that the No. 36 Luke & Associates Chevrolet was loose. By lap 30, Bodine fell one lap down while in the 38th position. Crew chief Philippe Lopez called the New York native down pit road on lap 44 for a four-tire pit stop and chassis adjustments. Fifteen laps later, Bodine felt a vibration and Lopez brought the No. 36 in a four-tire pit stop on lap 61. As he drove back onto the track, Bodine was caught for speeding and had to drive the No. 36 Luke & Associates Chevrolet down pit road for a pass-through penalty.

On lap 70, Bodine ran in the 37th position, four laps down. Looking to get valuable experience in the new car, he worked with the TBR crew to find a comfortable balance for the No. 36 Luke & Associates Chevrolet. On lap 100, he drove down pit road for another four-tire pit stop and an air pressure adjustment. By lap 111, Bodine radioed that the car felt the best it did all day. Continuing to work on the car and get more comfortable, Bodine pit for four tires and air pressure adjustments on laps 150 and 193.

Unfortunately on lap 201, Brian Vickers spun the No. 36 Luke & Associates Chevrolet on the backstretch. Bodine saved the car but had some damage on the right, front of the Chevrolet. He drove down pit road for the team to fix the damage. Trying to salvage a decent finish the team tried to use tape to fix the damage to no avail. Lopez called for the team to cut away the damaged part of the car and make sure nothing rubbed the tire. Bodine parked behind the pit wall and the No. 36 team got to work.

“I had a great time getting used to these new cars,” Bodine said. “I feel like our whole team learned a lot, and I definitely feel more comfortable in the car. It is a shame we couldn’t finish the race, but I’m grateful that I had the opportunity to get some very good seat time. I’m excited to head into Phoenix next weekend.”

Bodine will pilot the No. 36 Luke & Associates Chevrolet in the Kobalt Tools 500 this weekend at Phoenix International Raceway.