By Any Measure, Pearson Ranks Among NASCAR’s Best 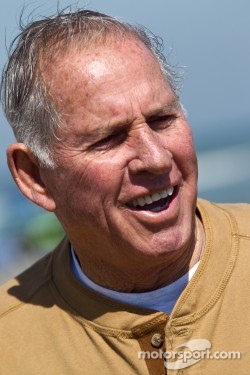 (Note: This is the second release on the five 2011 inductees into the NASCAR Hall of Fame, in Charlotte, N.C. The induction ceremony is scheduled for May 23. Bobby Allison, Ned Jarrett, Bud Moore, David Pearson and Lee Petty are the inductees. This installment spotlights former driver David Pearson.)

DAYTONA BEACH, Fla. (May 4, 2011) – The question “Who was the best?” can never be answered to everyone’s satisfaction.

An argument can be made, however, that David Pearson was Petty’s equal, as he joins “The King” in the NASCAR Hall of Fame. Pearson will be inducted in the hall’s second class on May 23.

He won three championships, in 1966 and 1968-69, never running a complete schedule in any of the three years or, for that matter, in any of the 27 seasons of his career.

Cotton Owens fielded Dodges for Pearson in 1966. Pearson won two more championships in Fords owned by Holman-Moody. “He could drive almost anything he wanted to drive and at any track,” said Owens, one of 25 nominees for induction into the 2012 NASCAR Hall of Fame. “He had a certain feel for a car that really buffaloed a lot of people.

“You never knew how fast David Pearson could actually run until (the) time came to run.”

That earned Pearson the nickname “The Fox” – as in sly as – that later, as his hair began to grey, became “The Silver Fox.” He outfoxed Petty in the 1974 Firecracker 400 at Daytona. Fearing Petty’s last-lap slingshot pass, Pearson slowed on the backstretch, simulating engine failure. Then he latched onto Petty’s rear bumper and pulled off the slingshot maneuver himself.

You never knew how fast David Pearson could actually run until (the) time came to run.

Pearson, however, became most identified with the Ford and Mercury cars prepared by the Wood Brothers who – like their driver – ran partial seasons, concentrating on the biggest races. Between 1972 and 1979, Pearson and the Woods won 43 times including the 1976 Daytona 500 – a race that saw Pearson limp to the finish after colliding with rival Petty coming down to take the checkered flag.

“He was good to start with, but he could drive his own race,” said Glen Wood, a NASCAR Hall of Fame nominee. “If somebody was up front and outrunning him, he would settle back and run behind them for a little while.

“Later, when the chips were down, he could run with anybody.”

Perhaps the greatest measure of Pearson’s talents was his mastery at the site of this weekend’s race – Darlington Raceway, a track that gave the pillars of the sport – even Petty – indigestion.

Pearson won 10 times at the track “Too Tough To Tame,” including three Southern 500s. His 12 poles are double the number – six – of the track’s second-best qualifiers, Fred Lorenzen and Fireball Roberts.

He used the oft-cursed “Darlington Stripe” to his advantage, sliding through what was then Turn 2 before tapping his bumper on the old guardrail with an audible “clank” that could actually be heard in the covered Brasington Grandstand. The move put

It didn’t hurt as bad to lose to Pearson as it did some of the others because I knew how good he was.

Pearson’s car back on a straight line for a charge to the stripe and Turn 1.

So how did Pearson and Petty fare head to head?

In races where the pair finished one-two, Pearson had a slim advantage – 33 to 30.

Give Petty the last word to reflect on his greatest adversary.

The premiere of the “NASCAR Hall of Fame Biography: David Pearson” will air on SPEED at 11 p.m. ET this Friday, May 6.