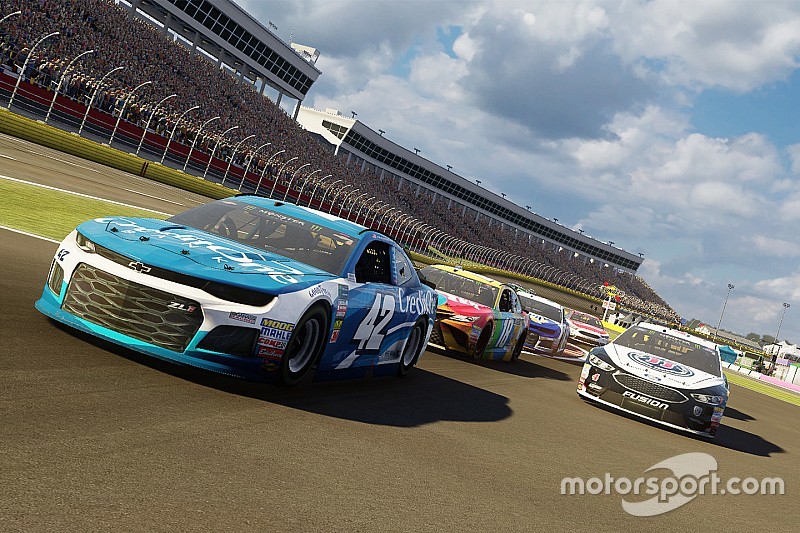 NASCAR Heat 3, the latest version of the simulation-style NASCAR video game, is getting bigger and dirtier.

NASCAR Heat 3, the sequel to NASCAR Heat 2, has industry leading developer Monster Games returning to the helm and comes with a variety of new features.

“NASCAR Heat 3 will be the biggest NASCAR console game we’ve ever released,” said Paul Brooks, CEO of 704Games. “Partnering with a powerhouse like Hendrick Motorsports, with its exciting combination of drivers, was a natural choice to honor the spirit of innovation and excitement we’re delivering to fans.”

Said seven-time Cup champion Johnson: “It’s cool to join my three teammates on the cover. A big part of our fan base has a passion for gaming and for the NASCAR Heat franchise in particular. The details incorporated into the new game are amazing.”

Coupons can be redeemed toward the purchase of any ticket for a NASCAR-sanctioned event at any one of Speedway Motorsports, Inc.’s eight tracks, as well as Dover International Speedway and Indianapolis Motor Speedway, through 2019.

“We love being able to deliver this massive value to our customers,” Brooks said. “With the $50 race-ticket coupon inside the game, NASCAR Heat 3 is basically free for NASCAR fans planning to attend a race.”

The game is available for pre-order for $49.99 via Amazon, Best Buy and GameStop with digital pre-orders available soon. More information can be found on the game's official website www.NASCARHeat.com.