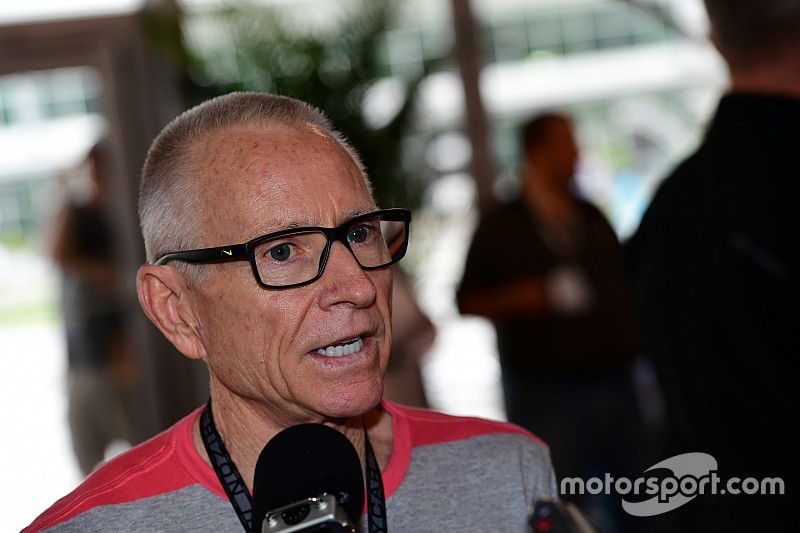 If ever there was a gentleman driver in NASCAR, it was Hall of Famer Mark Martin.

The best stock car racer never to win a Cup title, Martin earned the respect of his fellow competitors over three decades of racing.

Unfortunately, that Kyle’s emotions got the best of him. Joey made a mistake on the race track and I don’t think he should get hit in the face over making a mistake.

When the words "rival" and "Martin" were used in the same sentence, they could only be used in the context of a friendly rivalry. Martin seldom, if ever, found himself in the middle of controversy. His competitions were settled on the race track.

Don't use the car to express frustration

After seeing the incident between Joey Logano and Kyle Busch play out at Las Vegas Motor Speedway on Sunday, Martin described it as “purely an accident — it was hard racing." He believes the drivers handled the situation appropriately.

Martin mentored Logano long before he was old enough to race in NASCAR’s ranks. One of the earliest introductions of the teenager to the media corps was at Martin’s hangar at Spruce Creek during Daytona Speedweeks.

But Martin clearly didn’t play favorites in the Vegas altercation.

“There’s the good, the bad and the ugly on that thing,” Martin added. “On Joey’s account, the same thing. I don’t think he had a whippin’ coming, but on his behalf, I will say one thing, anybody that ever doubted whether Joey would stand up for himself or not, got to see something.

“He didn’t have to think twice about climbing on Kyle. So, I thought that was interesting to see as well.”

Martin wasn't known as a fighter

Martin experienced both sides of the racing equation: the driver who felt he’d been wronged on the track and less frequently, the driver who others though had wronged them. Given his diminutive size, Martin was not known to look for trouble. He doesn't recall ever being caught in a physical altercation. However, after Juan Pablo Montoya door-slammed him after a race, Martin “went after him."

“I didn’t intend to hit him,” Martin recounted. “He’s bigger than me and he probably would have clobbered me.”

He drove to the garage to discuss the incident with Montoya. But the crews were waiting before the drivers could talk. Martin appreciated how protective his teams were over the years, but he missed the opportunity to settle things with Montoya on that day.

“The ugly is these things turn into a gang-pile with the crews,” Martin said. “And I understand that. I wish they wouldn’t, but I understand it. When you are a crew guy, you believe in your driver so much, you believe that nobody better touch him. And that’s the way these crew guys feel.

“I wish these guys could handle it face-to-face, man-to-man and leave the equipment out of it and leave the crews out of it. But at the end of the day, it sure made for a lot of excitement after the race. And I did approve of the attempt to handle it person-to-person. I would prefer to handle it without getting physical. Still, it made for some excitement.”

No penalty is the right call

Martin agreed with NASCAR’s decision not to penalize either party for the skirmish. While he doesn’t condone physical violence, Martin understands that, in the heat of the moment, athletes can lose control.

“You should be able to handle your business…even if it happens to get physical for some reason under these high emotional situations, I think that’s OK,” Martin said. “I think that trying to take that away wasn’t good for the sport. I know a lot of the fans, they want to see that emotion.

Penske: Teams will have to make sacrifices to cut costs in NASCAR