NASCAR Ignition Points - Looking back and beyond 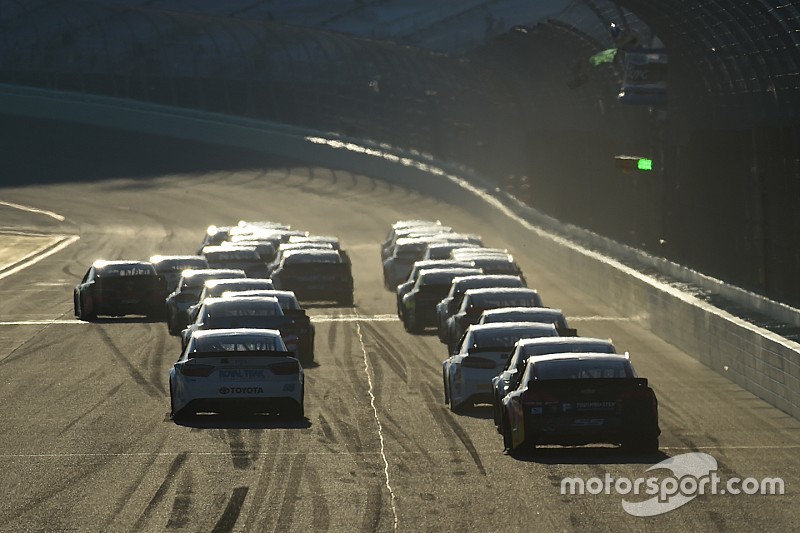 This week's thoughts on the NASCAR Round Table from Motorsport.com from the 2016 season and looking ahead on key issues for 2017.

1. Now that the 2016 season is complete, what do you feel was the biggest story in the NASCAR Sprint Cup Series this season?

Jim: Dale Earnhardt Jr.'s absence from half of the season due to a concussion in the August race overshadowed much of the season and created several additional storylines, including the return of Jeff Gordon from his (brief) retirement and the showcasing of Alex Bowman as a legitimate contender for a full-time ride in the Cup series. While it appears Earnhardt will return next season, we still don't know for how long before he considers retirement himself.

Lee: Jimmie Johnson winning seven titles — hands down. After Dale Earnhardt pulled off the feat in 1994, the task seemed more attainable. When Jeff Gordon started winning everything, it appeared the No. 24 team would be the next in line to reach that mark. Then the Johnson era began in 2010. Sure, Johnson benefitted from continuity with crew chief Chad Knaus, car chief Ron Malec and support from Lowe’s for the last 15 seasons. But considering the record wasn’t matched for more than two decades speaks to enormity of the accomplishment.

Nick: On the track, I think Jimmie Johnson's record-tying seventh championship stands above all else. Off the track, it has to be Dale Earnhardt Jr.'s concussion battle was something no one saw coming. He missed half the season and now we all await anxiously his return in the 2017 Daytona 500.

Tim: I would have to say it’s a tie between three stories. First, Dale Earnhardt Jr. dealing with yet another concussion is something no one in the sport expected this season. Secondly, Jimmie Johnson showing once again while he’s the best driver of the new millennium winning his seventh championship and tying two legends of this sport. Finally, the search for an entitlement sponsor for NASCAR’s premier division took up a lot of time and column inches among writers due to no new sponsor being named during the season.

Jim: Charters. Who ends up selling them, who ends up buying them and/or leasing them. It looks like Roush may sell one now and JTG Daugherty appears it may need one. The top two-thirds of the Cup roster appears pretty set, but there remain several loose ends to be tied up in the bottom third. Will Circle Sport return to fielding a full-time team now that Leavine Family Racing has its own charter? Will Germain Racing make a driver change? Could Alex Bowman fit in the Cup picture? Lots of unresolved issues.

Lee: Dale Earnhardt Jr’s comeback. On Monday, he acknowledged on his podcast, “ All signs point to us being in the car for Daytona.” With a new sponsor joining the fold in 2017, the sport is more attractive with Junior in it.

Nick: I am very interested to watch Stewart-Haas Racing as they transition from a Chevrolet to a Ford team. It's a huge change for one of NASCAR's biggest teams and will really change the dynamic of competition from a manufacturer standpoint.

Tim: Can Dale Earnhardt Jr. come back and everything work we will he steps back in a race car in December.

3. How big is Daniel Suarez's title for NASCAR?

Jim: NASCAR has spent a lot of time and money on its diversity efforts and it appears they have finally paid off handsomely. The idea to provide opportunities to those who may not otherwise receive them works best when those involved can take those opportunities and combine them with talent to achieve success. Suarez couldn't be a better representative for the sport and a better role model for those who aspire to follow him up the NASCAR national series ladder.

Lee: Huge. Suarez’s success raises awareness of the sport globally and validates the Drive4Diversity program. The greater impact will come once he graduates to Cup.

Nick: It cannot be understated how important this was for NASCAR. I've always been an advocate for getting more international drivers into stock car racing and Suarez has become a trailblazer for racers in Latin America. In one year, he become the first Mexican-winner at the national level (in both Trucks and Xfinity) before closing out the season with that championship.

Tim: This is a great storyline for NASCAR and Suarez is a good person period, no matter his nationality – it just helps that he’s made history in NASCAR and it’s a great story to tell everyone.

4. How surprised were you with the Greg Biffle news and where do you think Biffle will end up next season?

Jim: I was not surprised Biffle left Roush, although realistically I'm not sure he had a chance. The sponsorship situation on the No. 16 team appeared in serious trouble. To think Roush may field just two teams next year and at one point it owned five of the 10 cars in the Chase just a few years ago is astounding. If the lack of competitiveness was Biffle's biggest issue at Roush, I'm not sure there is a team with a ride available that would be able to consistently offer something better for him. Hard to imagine many of us thought it was a given he would be the first driver to win championships in all three national series.

Lee: Rumors of Biffle’s departure had circulated since the summer, so it wasn’t a huge shock. The company could not attract outside sponsorship to support his racing efforts. At 47, Biffle was the oldest full-time driver in a sport that gets younger by the day. While he’s hinted at transitioning to the broadcast booth, Biffle’s best opportunity for a competitive ride in 2017 will come in a substitute role.

Nick: I wasn't really surprised at all. The writing was on the wall. You could see it in his comments this year with how he only wants to continue racing if he can be competitive. As for 2017, that's the big unknown right now. He'll want to head to an organization that is performing better than Roush, so I think that rules out RPM and Front row. But there really isn't much out there. There's also the possibility that this could be end of his full-time career.

Tim: Unfortunately, the way the sport is going these days a driver in their mid-40s will probably land a top flight cup ride. I think he still has talent, but this situation reminds me of Bobby Labonte’s situation from several years ago.

5. What is the biggest issue NASCAR needs to tackle during the offseason?

Jim: NASCAR needs to continue to work to improve the on-track product. I think the lower downforce package fizzled out the longer the season went on, likely as teams worked to make up for the reductions NASCAR's rules implemented at the beginning of the season. Lately, NASCAR has been taking a piecemeal approach to tinkering with the rules, but I think to stay ahead of the teams, it may be time to make significant changes.

Lee: The incredible aging and shrinking owner’s pool. The sport needs to find a sustainable model for new and younger owners to enter the sport. Only five team owners — Rick Hendrick, Joe Gibbs, Jack Roush, Roger Penske and Gene Haas — have combined to win the last 17 NASCAR Cup championships. Of that group, Haas, 64, is the youngest. This season, along with four of those above mentioned owners, Barney Visser, Chip Ganassi and Bob Jenkins won races. For Jenkins, it marked his second victory in 13 seasons in the sport. NASCAR Chairman and CEO Brian France told me on Sunday there has been discussions regarding new manufacturers entering the sport. While it’s tough for a new OEM to be competitive overnight, the influx of cash could be a game changer for new or existing teams.

Nick: They need to polish the new low-downforce aero package before its implementation for 2017. They also need to work on consistency next season; whether it be what constitutes as a caution or the the consistency in enforcing already existing rules (such as pulling up to pit).

Tim: NASCAR has a lot of dedicated people working hard to figure out how to connect with younger and newer race fans. This is an issue I know they want to improve, but I feel the biggest item is continuing to improve the on-track product. Although improvements have been made, perception among race fans is a tough nut to crack.