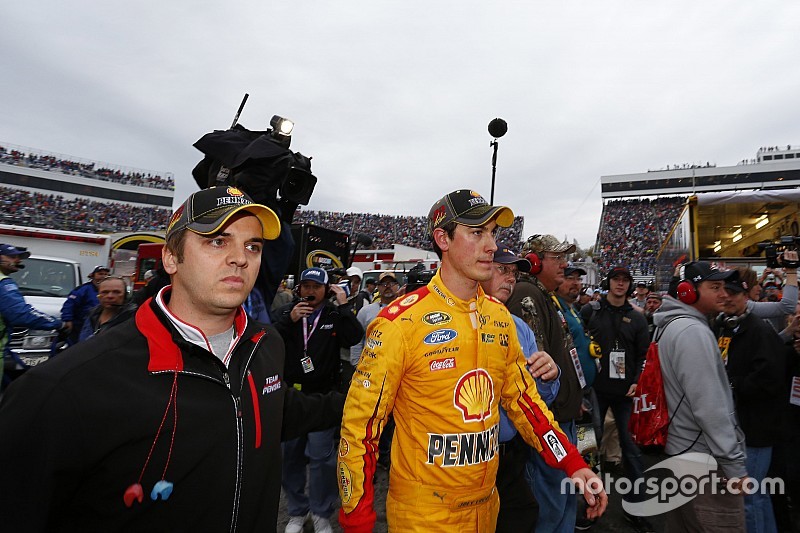 “In the case with Matt we were certainly disappointed with that took place with took place on the race track. We had a conversation with Matt, his crew chief (Jason Ratcliff) and (owner) Joe Gibbs, like we always do,” said Steve O’Donnell, NASCAR’s executive vice president and chief racing development officer.

“There is a lot to digest from what happened tonight. We’ll do that and we’ll probably have some additional conversations and probably come out with something if there is anything to discuss on Tuesday.”

Why what happened at Kansas is acceptable

O’Donnell said there was a “big difference” between what Kenseth did Sunday and the incident from two weeks ago when Logano and Kenseth wrecked while battling for the lead at Kansas.

The largest difference, O’Donnell, said was that Kenseth was multiple laps down in Sunday’s race when the incident took place.

“It was a driver not competing for the win and many laps down when it happened,” O’Donnell said. “That’s different then when two drivers really going after it coming out of Turn 4 going for a win.”

After Kenseth wrecked Logano, he was immediately “parked” by NASCAR for the remainder of the race, although Kenseth’s No. 20 Toyota appeared damaged well beyond repair.

In the 2012 championship Chase, four-time Cup champion Jeff Gordon – who won Sunday’s race – was fined $100,000, docked 25 points and placed on probation for the remainder of the season for intentionally wrecking Clint Bowyer at Phoenix.

During a Truck race at Texas in 2011, Kyle Busch intentionally crashed championship contender Ron Hornaday Jr. under caution. NASCAR responded by fining Busch $50,000, and parking him prior to the Cup race on the same weekend and placing him on probation for the remainder of the season.