Jeremy Mayfield has been in hot water for illegal drug usage since he failed a drug test administrated by NASCAR. The Mayfield Motorsports Toyota team owner and driver was given an indefinite suspension in May of 2009 by the sanctioning body due to a positive test for using methamphetamines. The former NASCAR team owner and driver filed a lawsuit which is currently under appeal in federal court.

Mayfield, who was born in Kentucky, now lives in North Carolina and claimed in court that NASCAR’s test showed a “false” positive reading due to the fact he was taking allergy medication at the same time he was on a prescription for attention hyperactivity deficit disorder. However, a federal judge lifted his suspension on the 1st of July in 2009. NASCAR again tested Mayfield for illegal drug usage just days after the suspension was lifted and he again tested positive. Per NASCAR, it was a random test but that, of course, led to more controversy. On July 24th, a federal appeals court overturned the injunction and Mayfield was again set down and could not race.

While Mayfield has not been able to compete in any of the NASCAR-sanctioned events; mainly the Sprint Cup Series, he was dealing with news stating that he even provided meth to his own father plus his and his step-mother’s airing their battle in the public forum.

Today the news came that Mayfield was arrested for possession of methamphetamine at his home on Tuesday, November 1st. 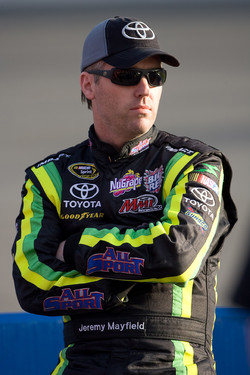 The arrest report from the Catawba County Sheriff Department states that Mayfield had “1.5 grams of what was believed to be the drug at his home”. The county sheriffs’ sweep of the former driver’s home included other law enforcement: Hickory Police, Lincoln County Sherriff’s and Mooresville Police departments. They went to his home with a warrant which was issued to search for stolen property.

One of the reasons for the stolen property warrant was due to Red Bull Racing who said in their statement after the news of Mayfield's arrest: “We can confirm that we filed a police report for stolen property earlier this year. We have been made aware of the Mayfield situation and are working with local authorities to gain more information."

The charges filed in Mayfield’s arrest included possession of marijuana with the intent to sell the drug. On the two drug charges, Mayfield was releases on a $3,000 unsecured bond this morning.

On the arrest charges of stolen goods, the District Attorney's office will determine what, if any, charges will be decided. The items include Red Bull Racing property, North Carolina state property and apparent stolen goods from local businesses.

Mayfield’s woes do not end with just the illegal drug possession charges or the stolen goods as more than 40 firearms were confiscated by the law enforcement departments. They are attempting to find out if any of the weapons were reported as stolen.

Mayfield once was a talented racer who had five Cup series wins and nine poles after making his debut in the premier stock car racing series in 1993. 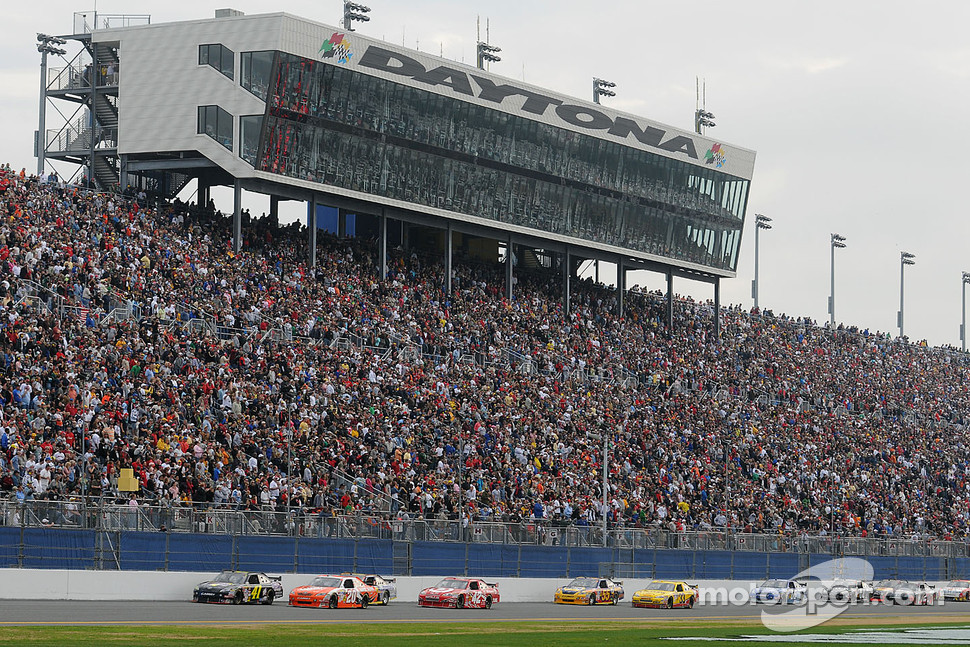