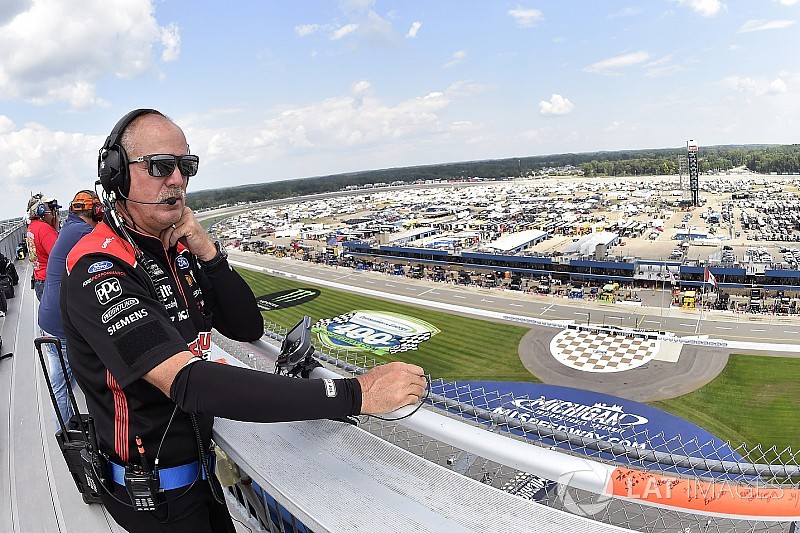 This week, Motorsport.com caught up with veteran spotter and pilot Joey Meier, who helped Brad Keselowski pick up his first win of the season last Sunday at Darlington (S.C.) Raceway.

Meier, originally from South Florida, has been with Keselowski over a decade now spotting first with him part-time in 2006 and full-time with the former Monster Energy NASCAR Cup Series champion since 2010.

How long have you been spotting?

I started spotting back in 1998 on the superspeedways and road courses when they used to use a spotter on the backstretch of the restrictor-plate tracks. I was spotting for Martin Truex Jr. in 2004 and 2005 when he drove for Chance 2 and when he moved up to the Cup Series I spotted for him in 2006. Around that time, I was asked to help spot for a young driver for Keith Coleman Racing and that driver was Brad. When I worked with him I noticed he did a great job driving for an underfunded team.I also spotted some for him part-time when he was with JR Motorsports and then I teamed up with him full-time in 2010.

How did you team up with Brad Keselowski full-time?

At the end of the 2009 season, Brad was looking for a spotter and pilot and it just worked out. He also bought his own plane in 2011 that I fly for him and we fly probably around 200-220 hours a year together.

Do you spot for anyone besides Brad during a race weekend?

When Brad is not racing I also spot some for Austin Cindric on restrictor-plate tracks in the Xfinity Series races.

How do you help keep your driver calm during a race?

I feel like my job is to defuse any volatile situation before it starts or gets out of hand. Our job is to be the elevator music for the driver to help keep them calm, if I get excited I know I need to count to ‘3’ and let it go. I also try and give Brad information such as lapped cars and working around them and also looking ahead for anything I feel would help us on the track.

You grew up around racing and actually drove in some races at your home track in Florida. Do you feel your experience helps and have you ever wanted to be a driver?

I used to work on cars growing up and going to Hialeah Speedway. I took auto mechanic classes in high school and my dad raced some as well. In fact he qualified for the final race on Daytona Beach in 1958. I raced street stocks and won a race but I always thought I would be a mechanic more than a driver. I think my experience as a mechanic helps me understand when things are happening with the car or I might notice something about the car and I can relay it to our crew chief or Brad during the race.

Do you feel some of your training as a pilot helps you as a spotter?

I do. There’s so much more to flying a plane than the average person might realize just like there’s more to spotting than most race fans realize. You can’t have a bad day flying or spotting and the mentality of both is a lot alike.

A lot of fans might not realize how much spotters prepare now before they even get to the race track. It’s so much more than just going up to the roof on race day and putting on a radio.

I participate in meetings, watch races and prepare detailed notes for each race that we use in our team meetings at the track and during the week in the shop. I also work on my own radios and I designed my own headset. It’s a cool job but very few can do it.