D.J. Kennington makes most of “learning experience” at Martinsville 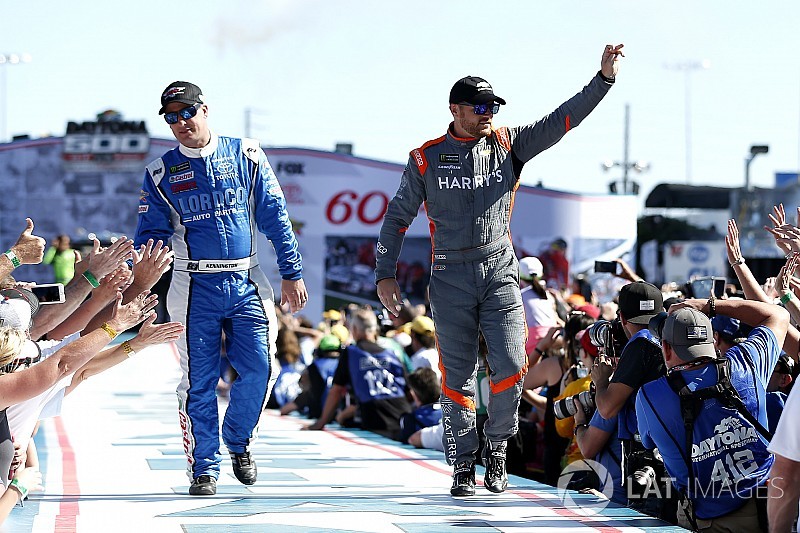 Although D.J. Kennington has been racing almost his entire life, he’s still learning and his latest opportunity came on Monday at Martinsville Speedway in the STP 500.

Kennington, who’s made eight starts in the top division of NASCAR over the past three seasons, visited the famous half-mile track this weekend and finished a respectable 28th after starting 37th due to qualifying being snowed out on Saturday.

“It was a good day for us and I’m happy with it (run on Monday),” said Kennington. “It’s only my second time on a track that’s not a superspeedway.”

Kennington, who has also competed at Daytona International Speedway and Phoenix this season, felt he could have maybe raced a little more aggressively but he was trying to learn.

“I was a little too timid a few times out there and I was trying to earn some respect our there, but sometimes that bites you at a place like this,” Kennington said. “I’m real happy with the team and the car.

“Once we cleared traffic we had speed. We were probably a top 20 car on speed. Thanks to Gordon Brothers and everyone on the team for helping us get here this weekend.”

Although Kennington has raced on plenty of short tracks in his career he added racing at Martinsville offers its own unique challenges.

The St. Thomas, Ontario, native always wants to race up front but kept it in perspective after his first race at Martinsville.

“We learned a lot, passed some cars and brought the car home with all the fenders on it so all in all it was a good day,” said Kennington.

Kennington also hinted this might not be the only short track he’ll compete in this season with Gaunt Brothers Racing.

“Hopefully we’ll have some more news to announce shortly and this won’t be my last Cup race of the season on a short track,” he said.

Kennington, a two-time NASCAR Pinty’s Series champion, will also compete full-time in Canada this season with the series opening its 2018 schedule on May 20 at Canadian Tire Motorsport Park in Bowmanville, Ontario – just outside of Toronto.

Analysis: Clint Bowyer says "racing is fun again," and so is he