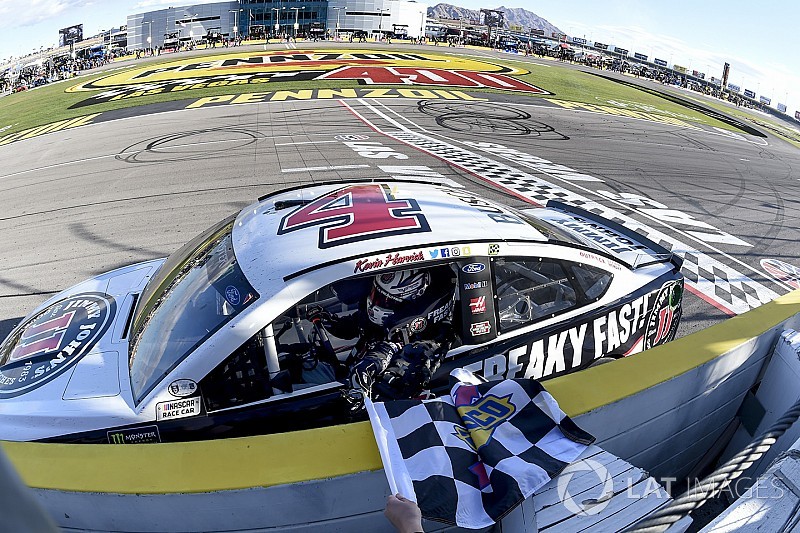 Stewart-Haas Racing’s Kevin Harvick says that his latest victory at Las Vegas “answered a lot of questions” as to whether he can compete for a second NASCAR Cup series title in 2018.

Harvick’s victory at Las Vegas made it two victories in a row for the 2014 Cup champion after winning at the unrepresentative Atlanta race the week before.

The SHR driver believes that winning at a more conventional NASCAR track means he can better judge his 2018 prospects.

When asked if his start to the current season reminded him of his title-winning campaign, Harvick said: “For me, there was a lot of questions coming into the weekend.

“I think Atlanta is its own beast, but I think we answered a lot of those questions for ourselves [at Las Vegas].

“And now it's about navigating the rest of it, and how do you push yourself forward, what do you need to work on, even though things are going good.

"Sometimes you have to trick yourself and everybody else into thinking, okay, well, everything is going good.

“We've been in this position before, and you have to keep pushing forward to try to keep your advantage of things that are working well for you, but you also have to find out what your weaknesses are.”

SHR has had a strong start to the 2018 season with Aric Almirola narrowly defeated at the Daytona 500 before Harvick’s two wins.

Harvick explained that its improved form is down to becoming more comfortable running with Ford machinery, having switched from Chevrolet in 2017.

“These guys at Stewart Haas Racing have worked on Chevrolets for a long time [2002-16], and that's the only car that they knew.

“So learning the nuances of a different manufacturer and, I think as you look at the second year for us, last year when we put the engine in the car, none of the steering components worked.

“I think as you come into this year, all those things work, and you're working on the small nuances of a new inspection process and different things that come with that and whatever the little rule changes were, the pit road stuff.

"The only reason that it didn't stick out like a sore thumb is because we have a lot of good people and owners and a manufacturer that gave us the resources and finances to go out and solve those problems and get them to a point.”

Richard Petty to auction off winning cars and trophies in May

Silverstone no longer for sale - BRDC