Third at Michigan, Kurt Busch says "our day will come" 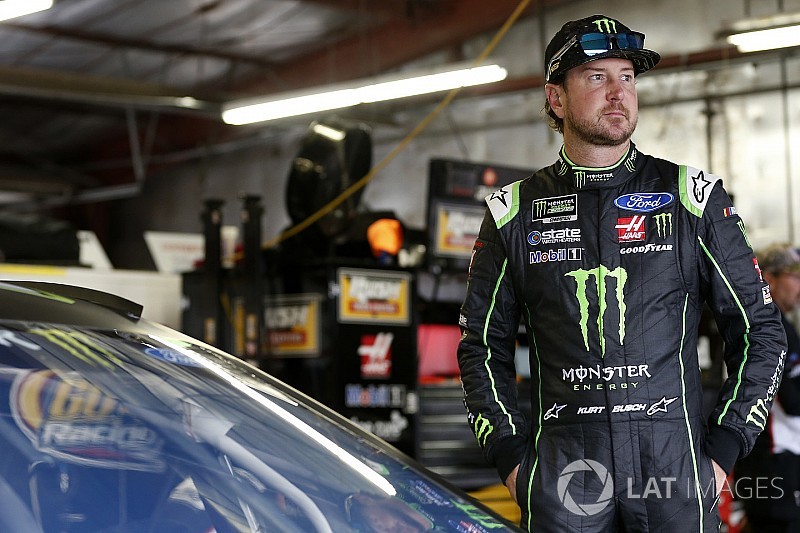 After winning pole and finishing third at Michigan, Kurt Busch feels a win is just around the corner for his No. 41 Stewart-Haas Racing team.

Busch enjoyed his best finish at Michigan since coming home second at Talladega Superspeedway and won his second pole award of the season in qualifying.

Busch, who has scored three of his 29 NASCAR Cup Series wins at Michigan, helped SHR sweep the top three positions in the final results of the rain-shortened race.

“We had an excellent day all the way through,” said Busch. “No big mistakes, no rough moments. Pit stops were solid, adjustments were solid. Restarts, I'd say three quarters of the time I was on the inside lane, so that might have been a little bit where we were pinned down.”

Although he didn’t pick up the win at Michigan, Busch was happy with the finish and effort from his team.

“You have to make do with what you have, how the chips fall,” said Busch. “I'm happy with our effort (Sunday). To finish third, rain shortened, of course you always want to go back racing again, but to see the two cars in front of me at the end, (Kevin Harvick and Clint), that's a big day for Stewart‑Haas Racing. It's very special to finish 1‑2‑3.”

SHR swept the top three positions for this first time in the team’s history and has had three of its four drivers finish in the top-10 in a Cup Series race six times this season.

The team has had all four of its Cup drivers finish in the top-10 at Phoenix.

Busch also added that winning in Michigan where two of the three manufacturers are based is extremely important to his team.

“We also come here to Michigan for bragging rights. I've always driven that way,” Busch said. “It really shines through when you see Doug Yates here, Mark Rushbrook (from Ford Performance) is here, everybody from all departments, the chief aero guy was here this weekend from Stewart‑Haas.

“We put in a full effort. It's bragging rights to win at Michigan.”

After "zero consistency" in 2017, Bowyer now sees potential at SHR