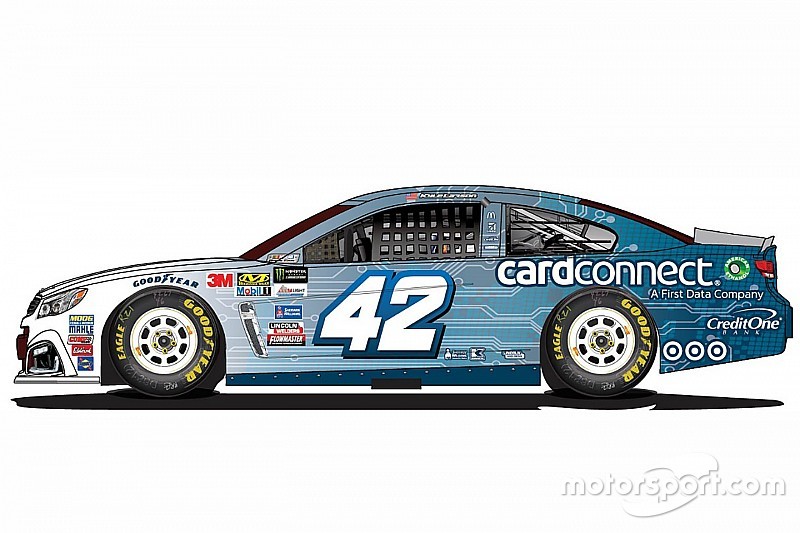 Chip Ganassi Racing announced Monday that First Data, a global leader in commerce-enabling technology, will partner with Kyle Larson and the No. 42 Chevrolet team for Cup series playoff races at Talladega Superspeedway and Martinsville Speedway this fall.

This expands on a relationship that began last season when First Data joined Jamie McMurray and the No. 1 Chevrolet team a partner for the fall Martinsville race. First Data also recently announced a three-year deal to be the entitlement sponsor for Martinsville’s fall Cup series race.

In addition to being on Larson’s car, fans will also get to buy concessions using First Data’s Clover point-of-sale systems, which will be deployed at the track. Additionally, Clover will be used at Phoenix Raceway and Homestead-Miami Speedway.

“I am very excited to welcome First Data to an expanded role with our team. We began a relationship with First Data last season, and it’s a great to see the increased value they find in both the team and NASCAR,” team owner Chip Ganassi said. “We look forward to providing First Data with a world class experience both on and off the track.”

Added Larson, “We’ve had such an exciting season so far, and we’re really glad to see First Data grow their relationship with the team and be a part of what’s happening at Chip Ganassi Racing. It’s also cool to see them get involved with NASCAR by sponsoring the Martinsville race.

“The grandfather clock there is definitely one of the most unique trophies on the circuit, and I’d love to park the First Data Chevy in Victory Lane and take home a clock.”

Kenseth: "We have a little bit of momentum" to make NASCAR playoffs