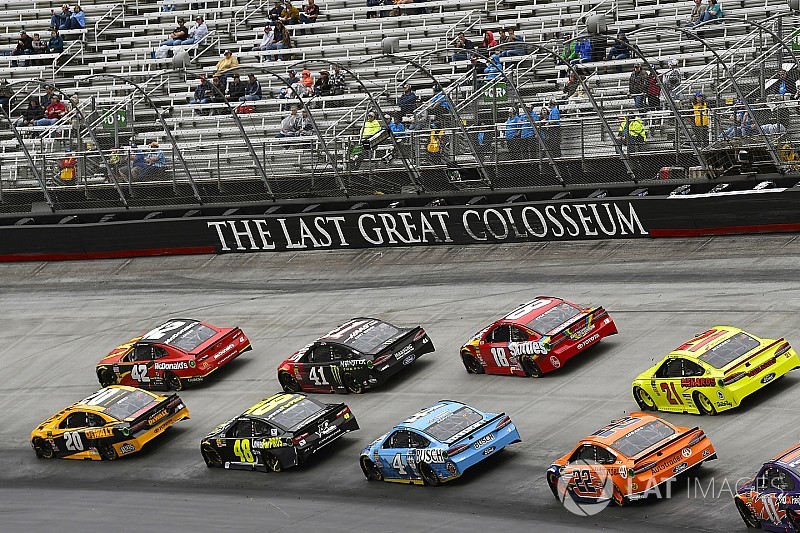 The frustration in his voice during post-race was evident how Kyle Larson felt after finishing second in the Food City 500 on Monday.

Larson clearly had the fastest car during both days of the rain-delayed race ran over two days, but Kyle Busch once again showed why he has become the most successful driver of this generation at the high-banked .533-mile track.

Larson was leading the race when a late caution brought the field together. He had built a strong lead as he was looking to go to Victory Lane for the first time this season but Busch nudged him out of the way with five to go and held on for the win.

“Yeah, I was just checked out there that long run,” said Larson. “It was really, really good there, and was just hoping it would go green until the end, and then we pitted, and I was actually fine with that, too, because I knew we'd leave as the leader and restart on the outside.

“I just didn't expect to get that loose that run there. (Ricky Stenhouse Jr.) almost got by me, was able to hold him off. I thought the grip was getting better, which it did a little bit, but not nearly good enough. Not sure if the track changed a lot there or what, but I lost the balance on the car.”

On the final restart of the race Larson was able to take the lead again, but Busch was able to catch him and made the bump-and-run pass by him with five to go.

“I knew it would be hard to get back to him (after he made contact),” said Larson. “I knew I would need a lapper to kind of hold him up on exit and kill his momentum to allow me to maybe get back to his bumper, but there just weren't a whole lot of cars left out there.

This is the fourth time overall that Larson has finished second to Kyle Busch at Bristol with Monday’s race the first time in a Cup race following three previous runner-up finishes to Busch in the Xfinity Series events at the track.