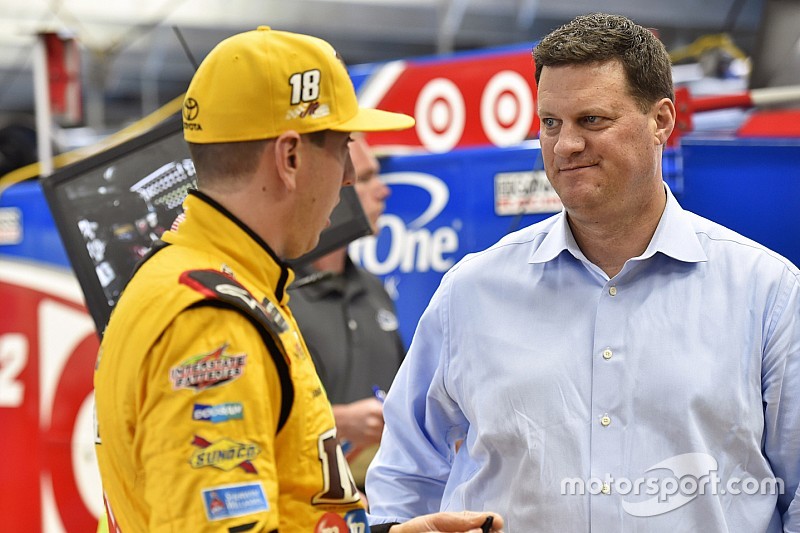 NASCAR got a lot of what it wanted Sunday at Las Vegas Motor Speedway with its new aero package but is still looking for more.

In virtually every statistic and visually, Sunday’s Pennzoil 400 produced a far more entertaining race than a year ago.

Some drivers complained after the race about the reduction of throttle response due to less horsepower or the difficulty of driving through the field (“dirty air). And one driver – Kevin Harvick – dominated the first stage and built a more than 4-second lead.

But the second and third stages were markedly different, and it’s a rare occasion for a race to end with a 100-lap green-flag run and still have four cars in the mix for the win at the finish.

In fact, racer winner Joey Logano had to fend off a last-lap, last-turn pass from his Penske teammate, Brad Keselowski, to secure the victory.

“I would say if you look at the first stage, certainly you saw almost two different races, kind of Stage 2, Stage 3. What we said from the beginning was we wanted to see the best cars still win,” Steve O’Donnell, NASCAR’s executive vice president and chief racing development officer, said after the race.

“We wanted the ability for second or third to be in that shot and have the ability to pass. We saw that. You certainly saw the last stage, 100‑hundred lap green flag run with no cautions, top four within 2.5 seconds.

“So, directionally I think (it was) better for sure, but not satisfied. I’m a race fan first, and liked what I saw, but I think there’s also more to come hopefully.”

Statistics showed an even larger difference from a year ago.

Both races had few cautions – two Sunday and four last year – and both had several rounds of green-flag pit stops.

Asked what kinds of things NASCAR would like to see more of, O’Donnell said: “You know, I think it’s not really up to me, right, it’s the fans. You want higher ratings and you want more butts in seats ultimately.

“You want rivalries out there and drivers getting after it, and I think what happens in that situation is you have more passes for the lead, and you have cars closer together. So I think we’re on the march to do that.

“I think we saw some of that today, but we can continue to improve upon it.”

Chase Elliott on performance gains: "This is a war not a battle"