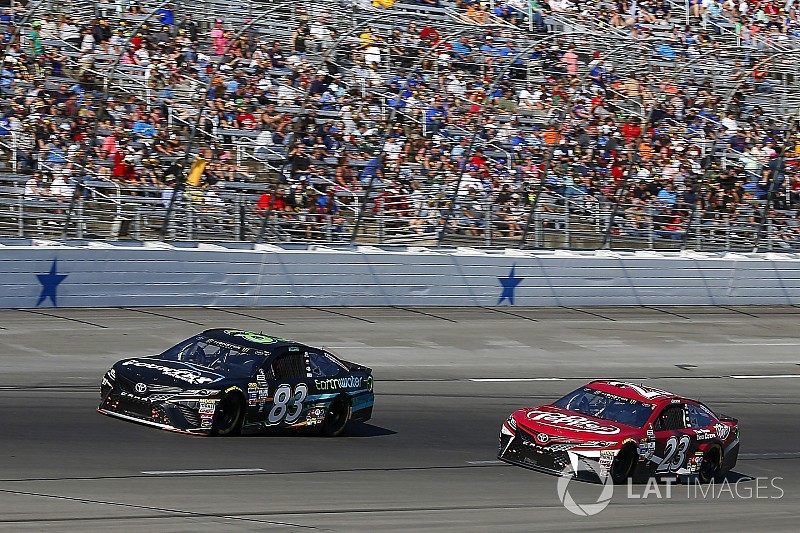 BK Racing investor Anthony Marlowe has sold his 10% stake in the team to The Lynch Racing Co., a division of Sport Venture Group.

The Sport Venture Group is a sport investment and holding company, with CEO Anthony Gebbia saying in a release:

“We are wholly owned by a family office with a heritage in sport, shares the passion of fans and have a
vision for the future of sport. The Lynch Racing Co. was formed by Sport Venture Group to pursue the
family’s heritage around motorsport and NASCAR."

“We’d like to thank both Anthony Marlowe and Ron Devine in assisting us with this process. We look forward to working with Ron (Devine) going forward to enhance the value of the charter(s),” added Ron Konersmann, Chairman of Sport Venture Group.

BK Racing entered the Monster Energy NASCAR Cup Series in 2012, having scored just three top tens since then with Matt DiBenedetto giving them their best result of sixth at Bristol in 2016. In 2017, they ran the No. 23 and No. 83 Toyota Camrys full-time, but with various drivers.

“After four seasons as a minority owner in NASCAR’s premier series, I have decided to harvest my investment," said Marlowe. "It has been a wild ride; I wouldn’t change a minute. I am thankful to Ron and Brenda Devine. Regardless of whether BK Racing ever wins a Cup race one day, they are worthy of my appreciation. It takes great courage to make the investment the Devine’s have made regarding time and money. Not to mention saving my backside from a sudden change in the direction of Swan Racing early in the 2014 season. Further, Sport Venture Group has a tremendous opportunity to build upon BK Racing’s six consecutive full-time seasons. SVG and The Lynch Racing Co. know the risks involved, but also bring fresh ideas and relationships that could be massively accretive to their investment and team.”

Team majority owner Ron Devine, who is currently facing several legal battles related to the team, said of the news: “We excited for Sport Venture Group to join our ownership team and look forward to working with them going forward."

Truex Jr. thrilled to carry on the legacy of The Champion's Journal