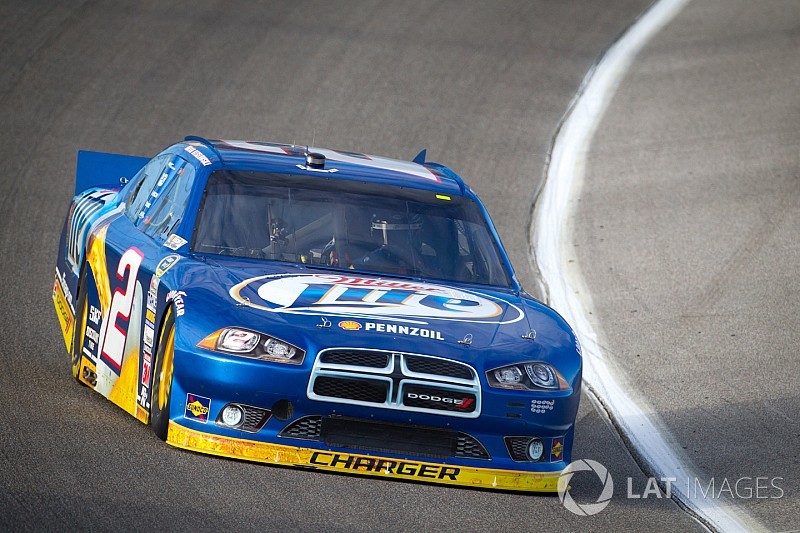 Stage racing, Dodge's return and NASCAR's schedule all made it into this week's edition of the NASCAR Mailbag.

When are the stage races going away and going back to the regular racing? – From Wyatt

Hello Wyatt, I wouldn't hold your breath on any move away from stage racing. It's extremely popular with drivers and teams and got more popular with fans as the season went on. Much like the move to the Chase format for deciding NASCAR championships, the only moves going forward will be to tweak the stage format to make it better but not eliminate it. – Jim Utter

Why are there so many tracks with two races? Surely with the declining attendance and ratings, going to new venues or going abroad with more races in Canada or Mexico for example or even Europe could increase its popularity abroad. They don't even have to be abroad, maybe more tracks like Road America or Gateway. – From Rob

Rob, no current tracks are going to lose races anytime soon because NASCAR locked in all current tracks with five-year agreements on hosting races just a couple of years ago. In the meantime, the only changes that can be made are when track owners decide to move race dates among their own facilities (like Speedway Motorsports Inc.'s decision to move a New Hampshire race to Las Vegas Motor Speedway). The other thing to consider is the sanctioning fee to host a Cup series race is millions of dollars more than hosting Xfinity and Truck series races. So while tracks like Gateway and Road America may be able to cover the cost of hosting those series, there is no guarantee they have the money to pay the sanctioning fee to host a Cup race. These fees generally have to be paid before the race event even takes place. – Jim Utter

I have been reading articles all over the web, and rumor has it that RCR (and/or RPM) will switch makes to Dodge in 2019 or 2020. Have RCR and Dodge been in any talks about 2019 for Dodge to comeback? Also, if this should happen, what would happen to all the satellite teams to RCR (Leavine, Germain, etc)? What are the chances of this rumor becoming a reality? – JP

Hey JP, over the last year, the rumor mill has been flush with speculation that Dodge would make a return to NASCAR after Fiat Chrysler Automobiles CEO Sergio Marchionne told reporters at Daytona International Speedway, “It is possible we can come back to NASCAR. I think we need to find the right way to come back in.” Certainly, an organization such as Richard Childress Racing which has its own engine program would make sense, however, the company builds power plants across racing divisions outside of NASCAR which could muddy the waters. Prior to Richard Petty Motorsports’ latest alliance with RCR, RPM entertained talks with other manufacturers but it would take an organization that already has a viable engine program to take the lead on the transition. As for the status of the satellite teams, that changes from year-to-year as up-and-coming organizations search for ways to become more competitive. I believe you saw that last year with JTG Daugherty Racing moving to the Hendrick Motorsports chassis. – Lee Spencer

I think NASCAR fans are tired of same thing every week and especially at playoff time.  My solution to bring back more fans for playoffs at end of this year (because I know it's too late now) is to put the playoff tracks in a hat then pick and this is where it starts and ends. Hopefully, there won’t be a boring Homestead race to end season. It might be Talladega. It might be Charlotte. Trust me, I’m a fan, I’d rather see different races especially the last race. What do you think then every year pick from hat at the end of year this gives tracks time to prepare think about it poll people about this they would love it, thanks again. – From Ricky

Hey Ricky, I’m not sure which race you were watching in November, but from my seat at Homestead-Miami Speedway the season finale was anything but boring. The race had plenty of intrigue and excitement over 400 miles. And the championship wasn’t determined until the final lap after Martin Truex Jr., delivered the drive of his career. You will never—and I repeat NEVER—see Talladega as the final race of the Playoffs. The sanctioning body moved it last year to the middle race of the second round so it did not weigh heavier in the outcome of the Round of 8.

And NASCAR did shake up the final 10 races for this year with Indianapolis as the cut-off before the Playoffs. Las Vegas is the kick-off race for the first round followed by Richmond (another short track) and Charlotte with a twist--or several. Instead of another 1.5-mile track, the Roval replaces an intermediate venue by using part of the traditional 1.5-mile oval and part of the infield road course. Although I’d rather see different venues in the 36-race schedule, I’ll hold judgment until after this season. – Lee Spencer