Mailbag - Should NASCAR have multiple tire compounds for each race? 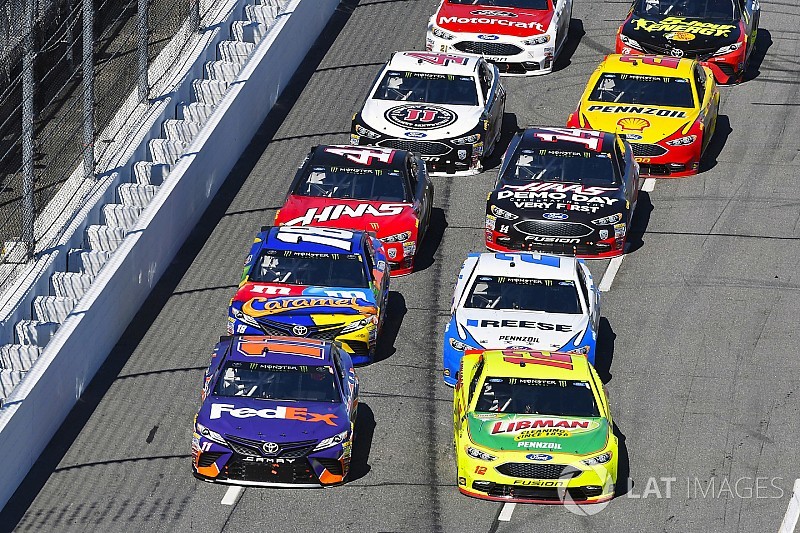 Additionally, what could the Gen 7 car look like and when can we expect to see it?

I have a tire question. Will NASCAR and Goodyear try different grip tires again or have multiple choices in tires ever? How about more than one vendor? Is it all about sponsorship money that makes this happen or the fact that different tires would not work together on same track? – From Mike

Mike, oval racing and tires are not something to play around with without significant testing as the risks are high for a blowout. Tire wars are very much a thing of the past in most areas of motorsport, which simplifies things for the vendor and the series who can then co-operate and create the tire specification the series desires much more easily than if it had competing manufacturers who would no doubt have differing opinions and desires. Considering how often NASCAR teams tweak the tire pressures that allows for strategic variance without the need for several different compounds. – Tom Errington

How does NASCAR have a aero development war if the cars look the same each week, compared to a Indy or F1 car which has various parts that can be different for aerodynamics. How do these teams find aero performance? And which team do you think will come on strong in the second half of the season to battle Harvick. – From Isaiah

Isaiah, it's really down to the law of diminishing returns. With NASCAR progressively scaling back its downforce levels and implementing more stringent tech inspections, there are smaller gains to be found in the aerodynamics. In turn, that means even the slightest breakthrough can have dramatic performance improvements. It's been a key area of Toyota's arsenal and Chevrolet has certainly wasted no effort trying to catch up. – Tom Errington

A while back, images of an X-3 test car surfaced and it had some aspects different from the current Gen 6 that would make the racing better. Will NASCAR use this car in the near future or as Gen 7? – from JP

JP, NASCAR began discussing what a Gen 7 could look like late last year with its manufacturers, it's unlikely we'll see anything resembling a final car until there's some form of consensus as to what it should be. Bear in mind that the series manufacturers would like another OEM to join and there are multiple factors that need to be aligned. However, it's entirely possible that elements from cars mooted in the past or discarded in the Gen 6 formation could be used, but it will be unclear for the foreseeable future. Particularly when you consider that Ford is likely to introduce a new car next year. – Tom Errington