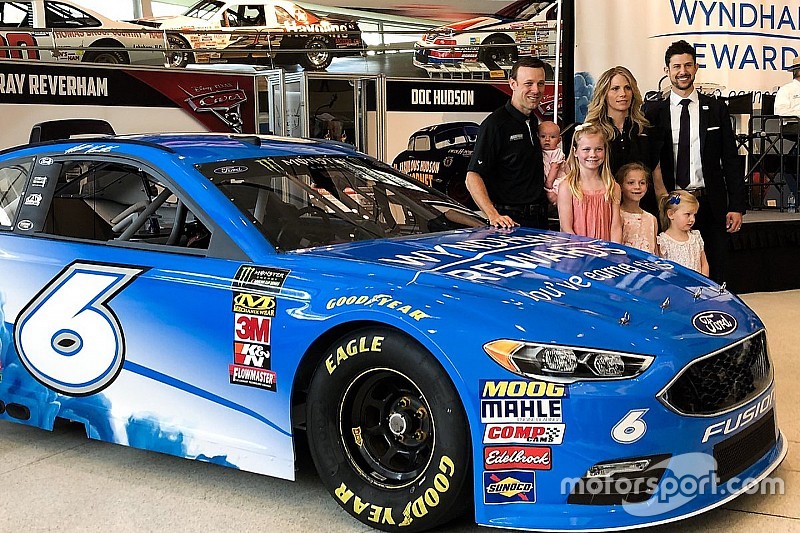 The 46-year-old made his 650th and what many thought would be his final Cup start at Homestead-Miami Speedway at the conclusion of the 2017 season, but Kenseth never said he was retiring.

In fact, just one race prior, he claimed his 39th career victory at Phoenix Raceway. But at season's end, he lost his ride with Joe Gibbs Racing in favor of rising star Erik Jones, who took over the No. 20 car. Despite his apparent send-off at Homestead, the veteran will now make his return to competition, running select races this year.

Mark Martin took to the podium to announce Kenseth's reunion with Roush Fenway Racing, the team he drove for at the Cup level from 1999 to 2012.

Kenseth said that the "timing was right" for his return.  “It’s a great feeling to return to where it all started for me in the Cup Series. There aren’t many people who have been more influential in my racing career than Jack Roush and Mark Martin. For them to believe in me today means almost as much as it did when they believed in me the first time, 20 years ago. I’m excited to get to the shop, get back to work, and help Roush Fenway return to prominence in the NASCAR Cup Series."

"Having a globally recognized name like Wyndham come on board is big for all of us—not just Roush Fenway, but for the sport as a whole,” added Kenseth. “It says a lot that they chose this team to carry their colors, and I’m going to do my best to make sure we perform for them, both on and off the track.”

He'll be sharing driving duties behind the wheel of the No. 6 Ford Fusion with Trevor Bayne with the exact driving schedule still in the works.

The 27-year-old is still looking for his first victory while driving for RFR with two third-place finishes being his best result since a dramatic upset win in the 2011 Daytona 500 -- then driving for the Wood Brothers. He currently sits 26th in the championship standings after nine races with no finish higher than 12th and seven of 20th or worse.

Kenseth's first race will be at Kansas Speedway on May 12th, a track where he won at in both 2012 and 2013. He will also compete in next month's All-Star Race. Beyond that, Wyndham Resorts was revealed as the newest RFR partner and will back the No. 6 car.