Michael McDowell grateful for past, thankful for new opportunity 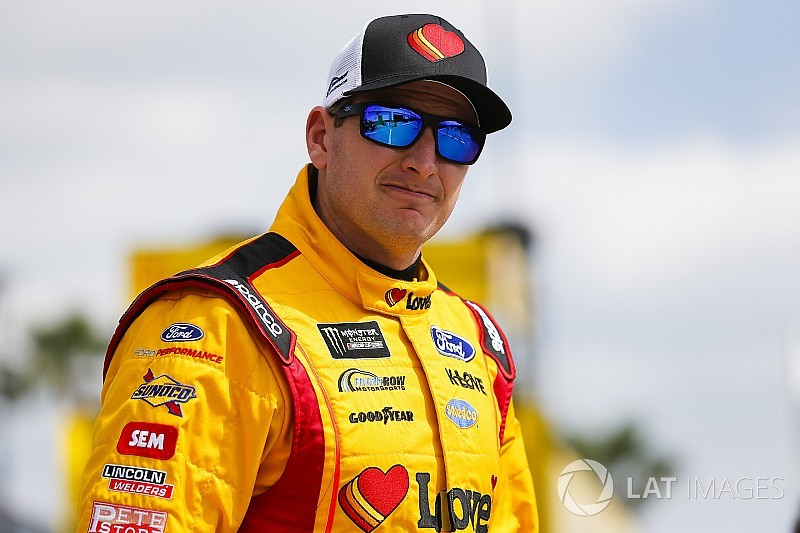 Michael McDowell can’t believe what a difference a year makes.

While he was grateful to compete for Leavine Family Racing over the last four years, the 33-year-old former driving school instructor is thrilled to be aligned with Front Row Motorsports this season.

The ability to return to a multi-car operation has McDowell psyched about 2018.

“I don’t say this loosely, I’m thankful to have a job,” McDowell told Motorsport.com. “Last year was a good year for me. We had some good runs, but when you’re out of a job, there’s no guarantee you’re going to get another one.

“So, I’m thankful for the opportunity. So far, it’s been good. Front Row Motorsports has a lot more depth than I anticipated from being a competitor. But after meeting all the people at the shop, they have a great foundation. They build really nice race cars. Now, we just have to get in the groove and start executing and hitting some goals.”

McDowell’s secret weapon might be his relationship with FRM teammate David Ragan. Since 2012, Ragan has enjoyed a relationship with Front Row. He’s currently in his second stint and his fifth season overall with the Jerry Freeze led-team.

David and I have been close friends for years off of the race track which has made this transition really nice. He’s been able to help me navigate the systems, understand the culture of the team, how it functions, who to talk to and how to go through and make all those processes happen. It’s great to have him. Also, he has a lot of experience. He's a very smart guy, very intelligent.

“People like him. He’s a good person to build a program with. He’s a good teammate. Just an overall good person that understands the business and knows what it takes. The biggest asset that he brings is over the last few years is getting to drive the (No.) 18 and getting to drive the (No.) 00, really helps. When you get with a medium sized team—or for myself a small team—and that’s all you know, that’s all you know. So I think he brings a lot of depth and experience coming from being those other teams where he got to fill in. That helps the overall program.”

McDowell is one year older than Ragan. Both drivers have young families and share interests beyond racing. More importantly, McDowell likes the ability to lean on a peer. Although Leavine Family Racing has a technical relationship with Richard Childress Racing, it’s not like having someone to confer with under the same roof.

“It’s great to have a teammate. I’ve been on an island by myself for a long time,” McDowell said. “There’s race tracks that David’s very good at and I know he’ll be able to help me just by looking at his data, looking at his setups and understanding how he approaches it. I’ll be able to do the same for him at some tracks as well.

“It’s good to have at teammate you can work with. We don’t feel like we’re trying to kill each other which is nice.”

Crew chief Derrick Finley is not new to McDowell. The pair worked together at Michael Waltrip Racing in 2007. Just having the experience together was a bonus for the No. 34 Front Row Motorsports team.

“I also did one race for Front Row four or five years ago at a road course, and Derrick was my crew chief,” McDowell said. “That may not sound like a lot because it was only one race, but we did a three-day test at Watkins Glen leading up to it, so we got to work together six-full days. I had that experience with him. We had a good run, had a parts failure but that helped build our friendship over the years.

“It’s kind of a natural fit for me here with Derrick. His personality and mine are very similar—our intensity and how we approach things are very similar. It’s been good. There’s definitely going to have to be somebody to walk us off the bridge sometime because we are bot so intense that it can be fun at times. Daytona was just a warm up. It’s not the same as coming to Atlanta we’re you’re really fighting through  things. This will be the first weekend where we really see where our strengths are, where are weaknesses are and what we need to do.”

The jury is still out on the team’s pit crew with the new procedures for having just five men over the wall for surface. In the Daytona 500, where McDowell finished ninth last Sunday, the team took fuel-only on their one green-flag stop.

“It wasn’t anything crazy where we were talking four tires every time,” McDowell said. “Nobody had to go through the process at speed but they will this weekend.

“This is going to be the weekend where we see who figured out the process and who done it well and how we all have to make changes once we see that.”

What are McDowell’s expectations this season? He hopes to win his first Monster Energy Cup Series race. He knows a victory will enable the team to punch their ticket to the Playoffs. The team worked on its 2018 strategy prior to this week’s race at Atlanta.

“With our alliance with Roush-Fenway, we want to be as close to them as possible,” McDowell said. “We know there are still certain things that we’re not going to be able to do. And we get that. But if we can be two to five spots off of them, those are going to be good weekends. If we’re 10 of 15 positions behind them, we’ll be disappointed. It’s just the way it is.

“Our expectations are to run in the 20s and teens. We know we we’re not going to do that every weekend but by the end of the year, we hoped to be better than where we started.”