© 2021 Motorsport Network. All rights reserved.
TV Tickets Fashion Giorgio Piola Jobs
Previous / Road course 'ringers' in Cup: A thing of the past? Next / Can Allmendinger work his way into the Chase?
NASCAR Cup / Sonoma Breaking news

Updates to competition and the car highlighted in sanctioning body changes.

Random drawing will determine pit stall assignments for qualifying. Vehicles leaving pit road are subject to pit road speed and expected to get up to speed on the lower lane prior to merging into traffic and not impede the progress of other cars making a qualifying run. Drivers that block other qualifiers could be subject to disciplinary action which could include having his or her time disqualified.

Each team must have a spotter to monitor NASCAR’s channel during the sessions.

Although NASCAR has not changed the restart process, it added a diagram to simplify the explanation: 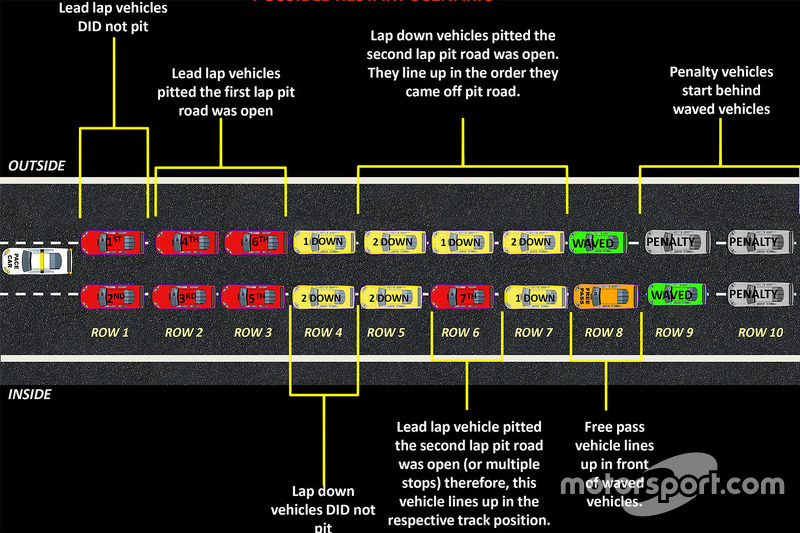 Valve stem location has been moved to the inside of the rim - center only. Goodyear updated the tire codes at 21 tracks and changed the minimum cold inflation for Kentucky.

When NASCAR first announced it was adding engine control unit (ECU) software to the cars, pundits wondered whether it would be totally tamper proof. Any modification or attempt to block NASCAR from gathering data from a team’s ECU now falls under NASCAR’s new deterrence system.

Vehicle markings will not be permitted on the spoiler, tailgate decals, rear window, rooftop or forward of the hood pins. 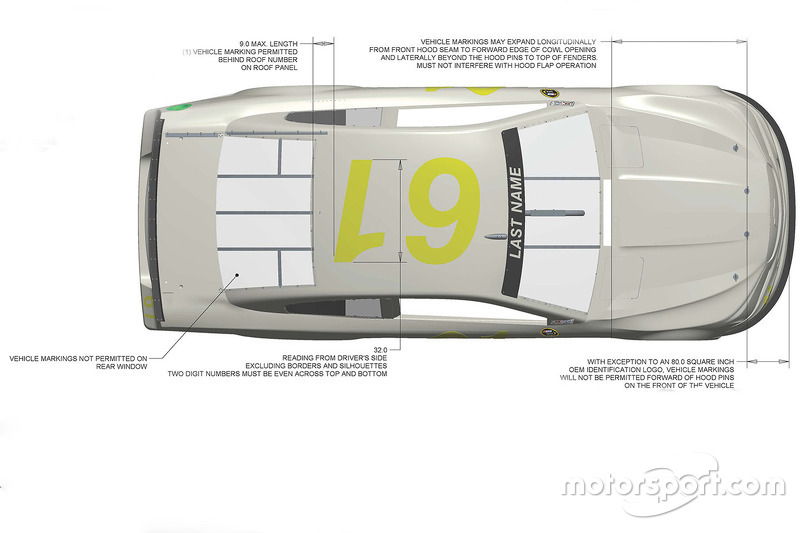 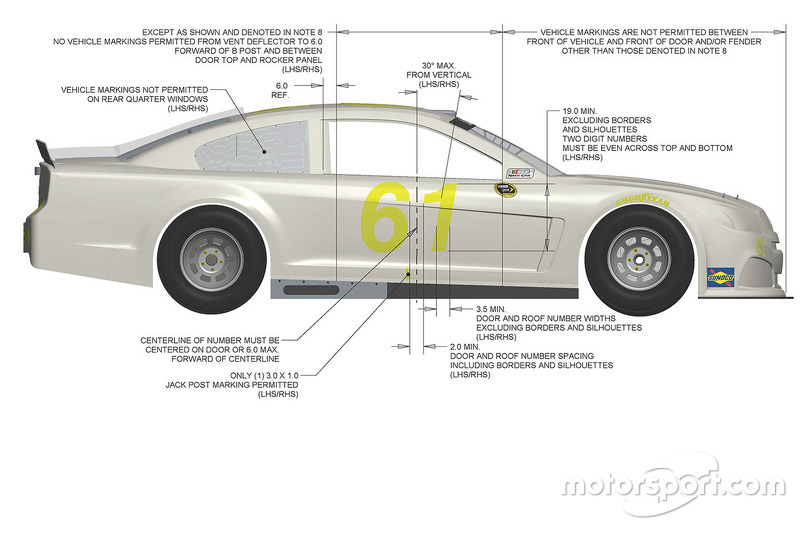 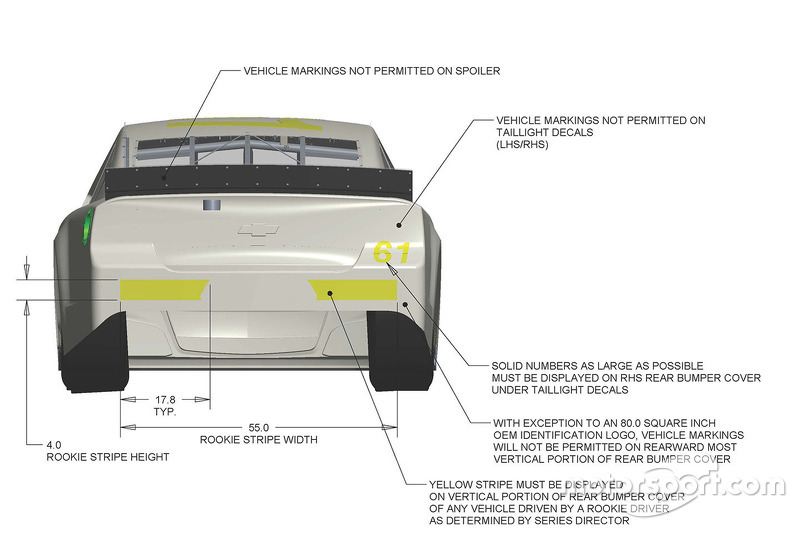 Can Allmendinger work his way into the Chase?

How Bottas' pitstop ended up being 43 hours long