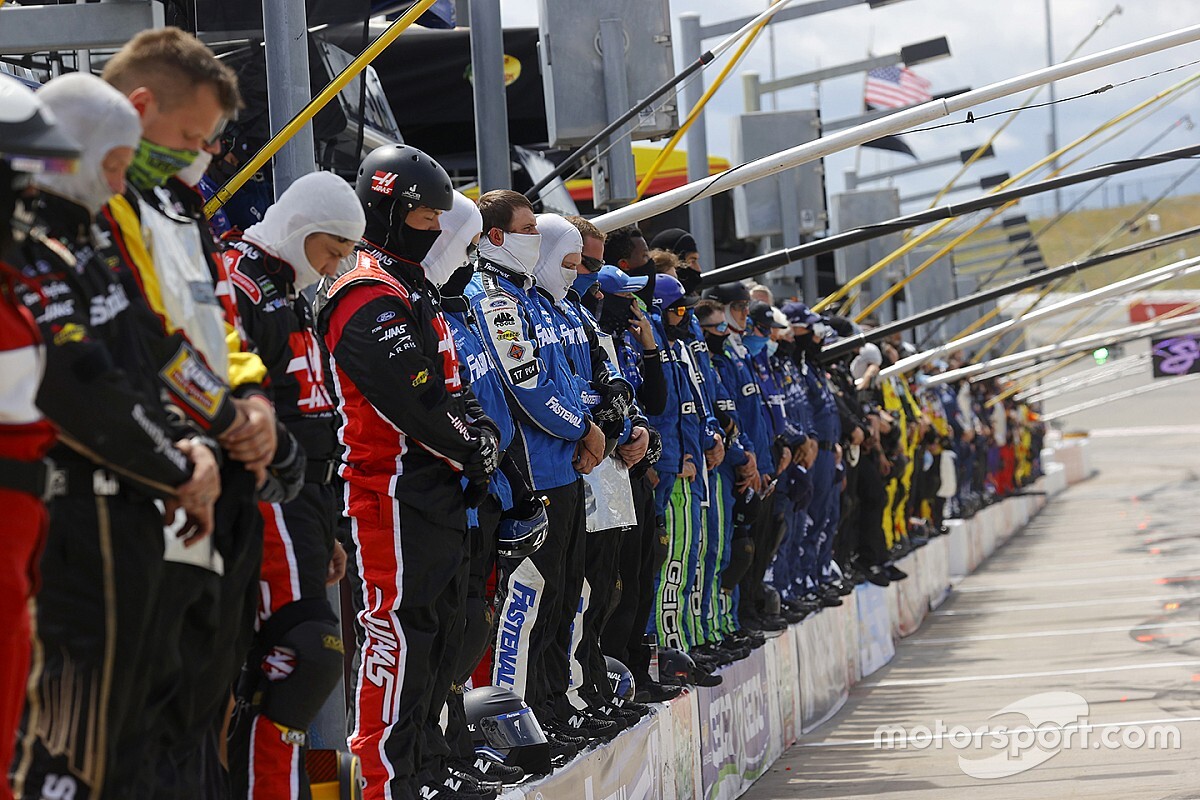 NASCAR utilized much of its pre-race show at Atlanta Motor Speedway to address the recent social unrest and the issue of systemic racism in the United States.

NASCAR Hall of Famer and FOX commentator Jeff Gordon opened the broadcast with his own statement, saying: "We are listening. We are learning. We are ready for change."

Bubba Wallace, the only African-American driver in the Cup Series, was wearing a shirt on pit road that read 'Black lives matter' and "I can't breathe," referencing George Floyd's plea to officers in his final moments.

During the pace laps, NASCAR went even further and stopped the field on the frontstretch. NASCAR president Steve Phelps then shared the following message with drivers:

"Thank you for your time. Our country is in pain and people are justifiably angry, demanding to be heard. The black community and all people of color have suffered in our country, and it has taken far too long for us to hear their demands for change. Our sport must do better. Our country must do better. The time is now to listen, to understand and to stand against racism and racial injustice. We ask our drivers ... and all our fans to join us in this mission, to take a moment of reflection, to acknowledge that we must do better as a sport, and join us as we now pause and take 30 seconds to take a moment to listen."

All team members lined up along the pit wall for the powerful moment of silence, some getting visibly emotional during the pause. A video then followed with several drivers addressing the issue of racial injustice and pledging to 'listen and learn' more about the struggles faced by people of color every day in the United States.

Harvick honors Dale Earnhardt with his third win at Atlanta