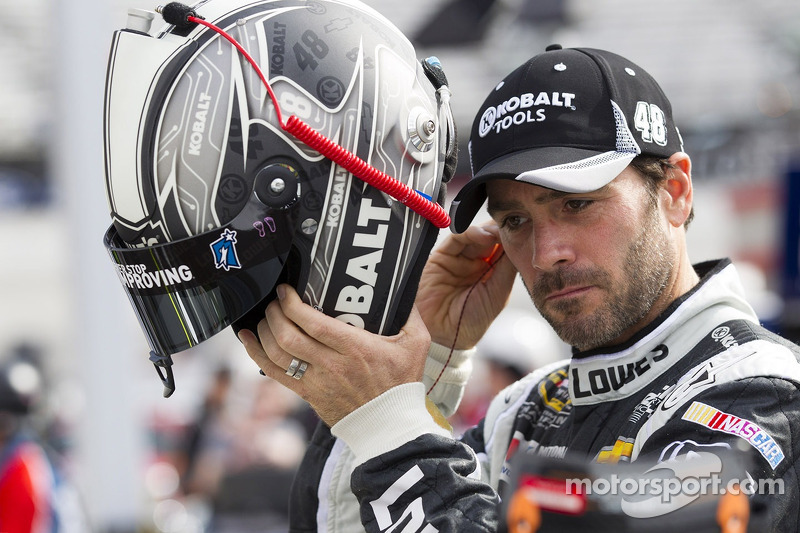 When will Johnson, Kenseth quench thirst: Here’s a stat that properly illustrates how weird this Jimmie Johnson/Matt Kenseth “drought” is: The last time neither won any of the first eight races, Johnson wasn’t even in the NASCAR Sprint Cup Series yet.

Few would’ve predicted they’d combine to win seven NASCAR Sprint Cup Series championships over the next decade and a half, or win a combined 96 races.

The point: Though an eight-race drought doesn’t constitute as a panic situation, it can certainly be categorized as bizarre. Last year at this time, they each had two wins.

But the wait likely won’t last too much longer. Though Richmond might be the place, tracks beyond this weekend may provide a slightly better opportunity. 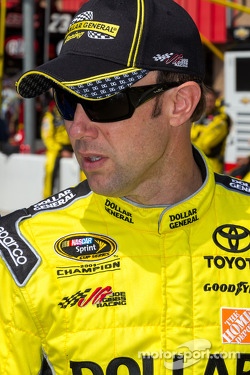 Kenseth’s restrictor-plate prowess has been well documented. In 2012’s four restrictor-plate races – which includes Talladega and Daytona – Kenseth won twice, averaging a finish of 2.0. And last year, Johnson became the first driver since 1982 to sweep at Daytona.

Kenseth is the defending winner of the spring Kansas races, and is tied with Johnson (and Greg Biffle, Jeff Gordon and Tony Stewart) atop the track’s wins list.

Johnson shares the all-time Charlotte wins lead with NASCAR Hall of Famers Bobby Allison and Darrell Waltrip. And at Dover, Johnson owns eight wins, more than any other driver.

So, if it doesn’t happen at Richmond this Saturday night, it’ll probably happen at Talladega. Or Kansas. Or Charlotte. Or Dover. Eighteen races remain in the regular season – plenty of time for two of the best drivers in the sport’s history to lock up their spot in the Chase for the NASCAR Sprint Cup.

--Harvick wins might come in bunches: For Kevin Harvick in 2014, when it rains … it pours – both positively and negatively.

That’s the positive. Then there’s the negative.

When the bad luck hits, boy does it hit. Joining his two victories are four finishes of 36th or worse. In three of those – at Las Vegas, Bristol and Texas – he led at least one lap. Good days turned bad, in the worst possible way.

In those instances, it poured.

So, is this a success-in-bunches portion of the program for Harvick? The statistics say “yes.”

Harvick has won three races at Richmond – including two of the last five – and has finished in the top 10 in 16 of his 26 starts. And with another 55 laps led on Saturday night, Harvick will reach 1,000 Richmond laps led in his NASCAR Sprint Cup Series career.

Harvick has won consecutive races twice in his career, one of them involving Richmond. In 2006, Harvick won Richmond-2 and followed that with a New Hampshire victory. Most recently, in 2011, Harvick won back-to-back races at Auto Club Speedway and Martinsville.

--Jeff Gordon owns the points lead. That gets him some pretty sweet perks.

Among them: Recognition, a prime hauler spot in the garage … and a guaranteed spot in the Chase for the NASCAR Sprint Cup if he holds it after race No. 26.

Regardless of win count, the points leader will earn a berth in this year’s Chase under the new rules. But, it’s a tenuous position for Gordon. A bad day could swipe the points lead away in a heartbeat.

A victory would put the 88-time winner in a much more comfortable spot. You have to believe it’s coming sooner than later. 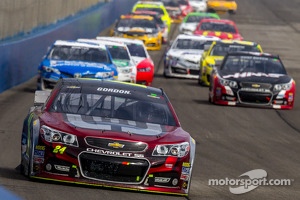 Gordon’s season thus far has been defined by near-visits to Victory Lane. He opened the season with four consecutive top-10 finishes. His last two finishes were second (Texas) and seventh (Darlington). And he’s eclipsed the 100 points driver rating figure in six of the eight races this season.

A 16-time winner at short tracks, Gordon has two career wins at Richmond, and has finished in the top 10 in two of the last three Richmond races. Though his last victory at the Virginia short track came in 2000, he did have a streak of seven consecutive races with top 10s from 2007-10.

--Edwards looks to make it back-to-back at Richmond: Quick: Who won the last 10 Richmond fall races? That’s about as hard as it gets when it comes to NASCAR trivia. The fall Richmond winner often shares the spotlight with the 12 drivers who JUST made the Chase for the NASCAR Sprint Cup.

It’s easy to get overshadowed, and it’s understandable. Last September, Carl Edwards won the fall Richmond race; it was his second win of the season.

If he can do the same this weekend, it would again be his second win of the season. It would guarantee that he’d be among the top 15 winners and thus land him a Chase spot, provided he doesn’t miss any races or fall out of the top 30 in points after race No. 26. And, the spotlight would be all his.

Edwards, who is currently third in points, has one win and 10 top 10s in 19 starts at Richmond. Known more for his success at bigger race tracks, Edwards clearly feels just as comfortable at the .75-mile short track. He has scored top-10 finishes in seven of the last eight races. 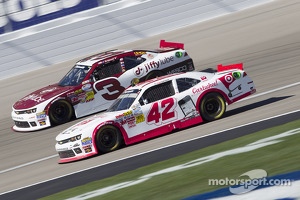 --Who will be the next first-time winner in Nationwide: Kyle Larson did it first. Chase Elliott did it next – only to do it again the following week.

When Larson crossed the finish line first at Auto Club Speedway, he became the season’s first first-time winner to win in the NASCAR Nationwide Series. One race later, Chase Elliott notched his first career series win by outlasting the field at Texas, and then he won again – this time at Darlington in the series’ most recent race.

With the recent run on first-time winners, it begs the question as to who will be the next first timer in the series … and could that person do so at Richmond?

Possible candidates include Ty Dillon, Brian Scott, Brendan Gaughan, Dylan Kwasniewski and Ryan Reed, who are all in the top 10 in the points standings.

Dillon has come closest to winning through the first seven races of the season, having compiled six top 10s with a low showing of 11th. His highest finish was sixth in Bristol. In two Richmond races, his best result was seventh in the fall 2012 event.

Scott, Gaughan and Reed each have one top-10 finish in limited experience at Richmond. Scott finished second in the fall 2013 race, the same race in which Reed finished ninth. Gaughan’s best showing there was a ninth in the spring 2009 event. Kwasniewski has never made a series start at the short track.

--Truck drivers busy over break: Though the next race for the NASCAR Camping World Truck Series isn’t until May 9 at Kansas Speedway, many series regulars will compete on track this week.

More than a dozen teams spent Monday and Tuesday at Charlotte Motor Speedway testing for their upcoming race there on Friday, May 16. Teams tested from 1-9 p.m. each day to prepare for the fourth race of the 2014 schedule. This session will give competitors extended track time as they prepare to compete on a 1.5-mile track for the first time this season with the new truck body designs.

Peters and Burton will join over 40 other drivers participating in the annual fundraising event for Hamlin’s foundation. Kyle Busch, who won the season-opening truck race at Daytona, will also compete in the charity event.

Also seeing duty this week will be Ryan Blaney. Blaney will compete in the NASCAR Nationwide Series race Friday night at Richmond International Raceway. After he goes for his second NNS win, Blaney will then prepare for his debut in the NASCAR Sprint Cup Series for Team Penske at Kansas Speedway on Saturday, May 10.

Blaney has tested at Charlotte in his truck for Brad Keselowski Racing and also tested for Team Penske in Nashville. 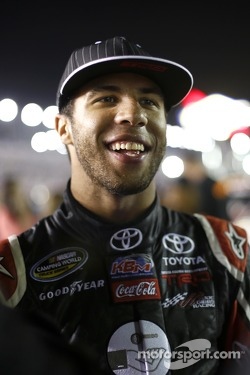 --NASCAR Next class to be revealed: The 2014-15 NASCAR Next class will be announced Friday in Victory Lane at Richmond International Raceway. The program enters its fourth year as an industry initiative designed to spotlight the sport’s rising stars. Since it began in 2011, more than half of the participants have raced in the national series and more than one-third are racing fulltime at that level this season. NASCAR Next has spotlighted drivers such as Kyle Larson, Chase Elliott, Dylan Kwasniewski and Darrell Wallace Jr.

--Ben Rhodes has used three top fives in four races to ascend to the top of the NASCAR K&N Pro Series East standings as the series heads to Richmond for Friday’s Blue Ox 100. In three races at the Virginia oval, Rev Racing has two wins in three years with Darrell Wallace Jr. (2011) and Ryan Gifford (2013). Daniel Suárez, another Drive for Diversity product, already has two wins this season and trails Rhodes by just seven points.