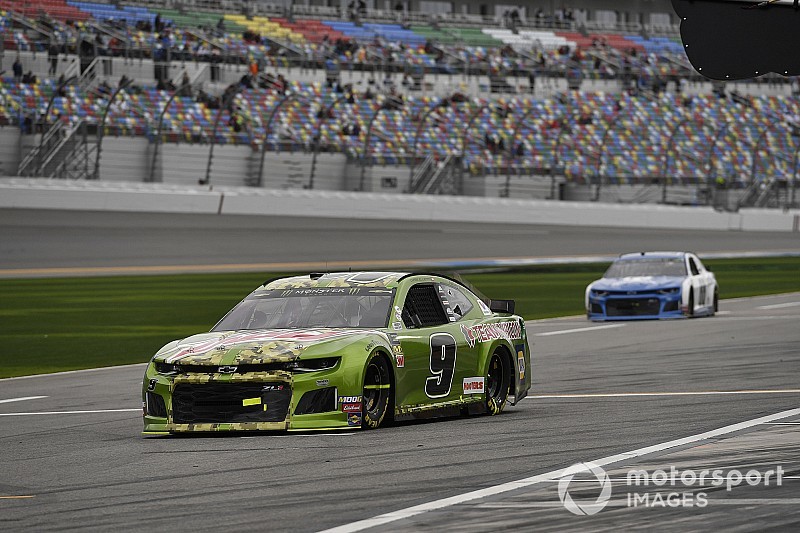 In a memo distributed to teams on Wednesday, NASCAR said that in each qualifying round, if a driver exceeds pit road speed exiting onto the track, the driver must return to pit road before being eligible to post a qualifying time.

In addition, if a driver exceeds pit road speed while returning to pit road, the qualifying speed(s) on the previous run(s) will be disallowed.

NASCAR officials said they had noticed several instances this year on pit road during qualifying where speeding could have led to unsafe situations and felt they needed to put an end to the practice.

That, combined, with more teams "drafting" in Cup qualifying this year due to the new aero rules, was likely to produce a recipe for more incidents.

The most obvious result is teams will have to factor in the reduced speed on pit road when trying to time last-minute runs during rounds.