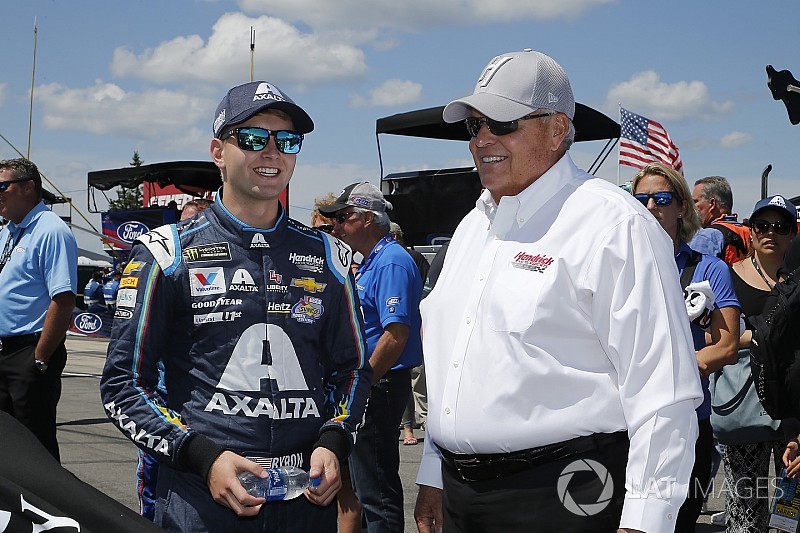 It’s becoming increasingly clear Hendrick Motorsports is turning a corner on its performance and it’s much more than “dumb luck.”

After an impressive run at New Hampshire last week, which included his first stage win of the season, HMS driver Chase Elliott said he hoped the organization was improving and the run wasn’t the result of “dumb luck.”

For the first time this season, three HMS drivers finished in the Top 10, with Alex Bowman leading the way with a career-best third-place finish, rookie William Byron finished a career-best sixth and Elliott ended up seventh, while also picking up another stage victory.

Jimmie Johnson (17th) was the only HMS driver to finish outside the Top 10.

“I don’t even know why some race tracks seem to be more suitable for what we have, and some don’t,” Elliott said after the race. “We think we’re better as a whole, but I think we still have some work to do.”

“It’s proof that we’re improving each and every week and continually getting better,” he said. “Obviously we’re not doing it as quickly as we want to, but days like today make all the hard work for the guys back at the shop, the engine shop, the chassis shop, body shop, the whole road crew … make it worth it.

“Very glad, especially considering how bad we were when we started the weekend and how bad we qualified.”

Once he crossed the finish line, Bowman heard a familiar voice over his team radio.

Byron said the last few weeks have shown “a lot of big positives” for HMS.

“Our cars are just getting faster. Now we have the speed to run in the Top 10, which makes it a lot easier to do things and allows us to be more aggressive and allows me to drive the car the way I know how to drive it,” he said.

“I feel like our speed is just starting to get us in a position to be more aggressive, which is really good. I think there are a couple of things we can work on going forward, but it’s really good to get a day like that.”