Drivers come and go in most racing disciplines, but usually in NASCAR their future is secured as long as the racer realizes it is not a walk in the park.

A lot of NASCAR detractors, or detractors of all forms of motorsport for that matter, think racing is easy. After all, it's just a bunch of guys driving around in circles, right? Then there are fans, and maybe even some competitors, in other forms of motorsport, who look down their noses at NASCAR, again, with the idea that driving a stock car in circles, turning left lap after lap is easy, that it's not a sport, that anybody could do it.

Apparently, NASCAR racing, especially at the Sprint Cup level isn't all that easy. Over the past couple of decades, several drivers successful at the top level in other forms of motorsport have made the migration to NASCAR, only to fail and leave shortly thereafter with their tails somewhat between their legs.

Previously, there were a few drivers able to make a successful transition from the open wheel ranks to the top level of NASCAR, with the most recent being Tony Stewart.

Stewart left Indy car racing in the late 1990s and embarked on his first full-time season at the Sprint (then-Winston) Cup level in 1999 and found success from the beginning. He won three races in his rookie season, en route to series top rookie honors. In the time since, he has claimed three Sprint Cups, one of those in a self-owned entry. 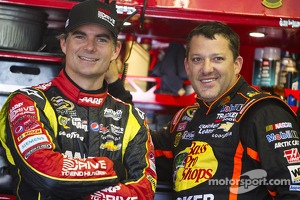 But these days, Stewart is the exception, not the rule. Other drivers, like Jeff Gordon and Kasey Kahne, have taken the open wheel route to NASCAR, but they turned to NASCAR after sprint cars, not staying on the open wheel path all the way to Indy car and then making a switch.

As far as top level open wheelers transitioning to NASCAR goes, Stewart has been the most recent to find success at least equal to -- and in Stewart's case, greater than -- open wheel success.

Juan Pablo Montoya has been in NASCAR, racing at the Sprint Cup level, for several years, now, and he does have a couple of wins in stock car racing's premier series. He even made NASCAR's Chase for the Sprint Cup postseason playoff -- once. But his most recent win came back in 2010, and he has a grand total of two wins between his first full-time season in 2007 and at this point in 2013.

“A lot of it was learning at the beginning, but I thought I picked it up pretty well," Montoya said. "I run really well. I made the Chase in my third year. One of the hardest things and I just said it, it’s the amount of changes. There was never any consistency and I think that was one of the hardest things. It wasn’t because they were doing it on purpose they were just trying new things and trying to make things better. The problem is every time you make changes it makes it harder.”

We worked really hard and we had our up’s our down’s.

Montoya has experienced more NASCAR success than some drivers see in their careers, but compared to his success in racing Indy cars and in Formula One, his stats in NASCAR aren't too overly impressive.

At least in part because of his lackluster NASCAR performance, Montoya will be out of the No. 42 Earnhardt Ganassi Racing Chevrolet come season's end. Whether he'll be in another Sprint Cup car next year or whether he'll move to another form of racing, or maybe a form of racing he tacked previously, is unknown.

"Whatever else I do, don’t know what I’m going to do, but I want to make sure I’m in a winning car," Montoya said. "It was a fun seven years with the Target car and Chip (Ganassi) and everything. We worked really hard and we had our up’s our down’s, but at the end of the day I want to win races. He wants to win races and we want to try something different.”

Montoya's statistics throughout his NASCAR career may not be stellar, but they are a lot better than those of some of his fellow-former open wheelers who decided to give NASCAR a shot.

And although, his NASCAR stats don't quite compare to his statistics in other series, he hasn't considered his time in NASCAR a waste.

“Oh no, I had a great seven years," Montoya said. "I learned a lot. Whether you believe it or not I became a better race car driver. It’s funny because you know we do the GRAND-AM every year and the more I do this plus my experience in open wheel the better I do. The wiser you become you know what I mean. My speed I believe is the same or better and I’m just a lot wiser making decisions. I think it’s been a good experience.” 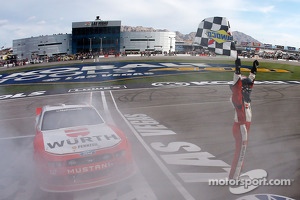 Sam Hornish Jr., also a former Indy car driver, is probably closest to achieving lackluster Montoya-like stats. Hornish struggled at the Sprint Cup level for a while after team owner Roger Penske moved him to NASCAR, but at least he ran competitively, at times, and since his demotion to NASCAR's Nationwide Series, Hornish has found success there.

A.J. Allmendinger is another one of those drivers who just hasn't found success at NASCAR's top level. He bounced around from team to team and finally landed at Penske Racing last year, but nothing spectacular happened before he was sidelined by a suspension following a failed drug test. Allmendinger has returned to race part time in the Sprint Cup Series whenever and wherever he can find a seat. At the Sprint Cup level, Allmendinger still struggles regularly, but he did visit victory lane in a rare Nationwide Series start at Road America in Elkhart Lake, Wis., earlier this year. 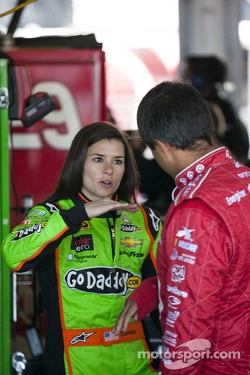 She did finish eighth in the Daytona 500 in February, but her 2013 season has pretty much been downhill from there. So far, that's been her only top-10 finish as a Sprint Cup Series driver. These days, it seems like Patrick has a good race if she finishes on the lead lap. Yes, she is a rookie, but other drivers in recent years have won a race or two in their rookie seasons, are at least posted multiple top-10 finishes -- especially drivers in top-tier equipment.

Other open wheel drivers have amounted to not much more, if anything more, than also-rans. Multi-time Indianapolis 500 winner Dario Franchitti tried NASCAR. After 10-races of sub-par performance in 2008, he returned to IndyCar.

Patrick Carpentier competed in a total of 40 races at NASCAR's top-level, 24 of those coming in 2008. The one bright spot for Carpentier that season was a pole. But as far as race performance went, his brief NASCAR career was pretty dismal. He had an average finish of 29.6 that year and failed to finish five races.

IndyCar driver Paul Tracy has been critical of NASCAR, referring to it as "boring."

"I can't watch a NASCAR race on TV without taking a three-hour nap in the middle of it," Tracy, reportedly, said in 2011. Boring or not, his fellow IndyCar drivers have managed to make NASCAR racing downright difficult, whether they were trying to or not.