Jimmie Johnson said Wednesday he would retire from fulltime NASCAR competition following the 2020 season and the impact was felt almost immediately. 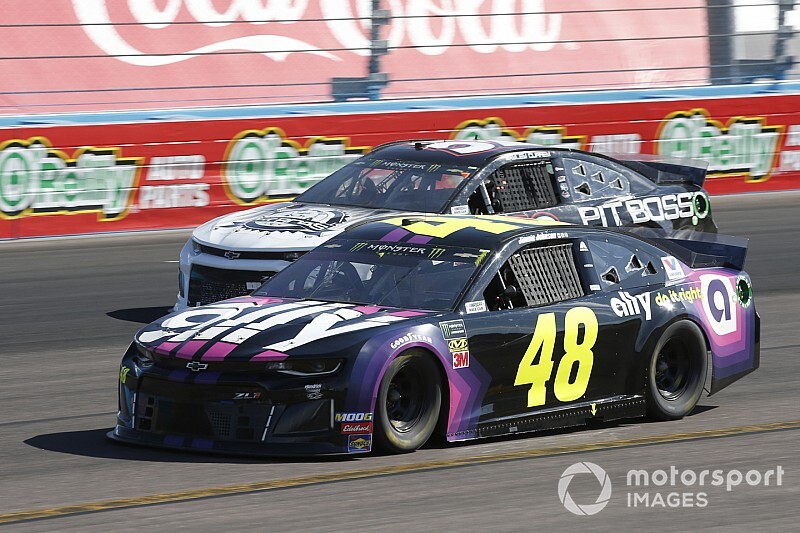 Fellow competitors and other NASCAR officials were quick to offer their thoughts about Johnson’s Hall of Fame-worthy career.

Here is a sampling of the responses:

“Jimmie Johnson has set a standard for excellence on track that few will ever match in NASCAR history. His legend is secure with a record-tying seven Cup Series titles and four victories in the Big Machine Vodka 400 at the Brickyard among his 83 career Cup wins. But there's far more to Jimmie than those impressive statistics. He is one of the classiest, most genuine people to cross the Yard of Bricks in a race car and is a terrific ambassador for the great sport of auto racing that we all love. I'm sure I will be joined by many in wishing Jimmie the best of luck as he tries to win an eighth title and drive to a fifth Brickyard victory to end a storybook career."

“Jimmie Johnson is not just one of NASCAR’s greatest champions and a certain first-ballot Hall of Famer; he’s been a great family man and role model to countless young drivers aspiring to follow in his footsteps. Jimmie has consistently been most gracious with his time and most thoughtful in our discussions. I’m not looking forward to the day he hangs up his helmet, and I wish him great success in his final fulltime season.”

“Jimmie Johnson is a class act and a true champion on and off the track. It’s been a pleasure to compete with him over the years and to call him a friend throughout it all. Congratulations on a phenomenal career.  Best of luck ‘chasing 8’ one last time.”

“No matter what happens next year, Jimmie has nothing to prove to anyone. What I want for him in 2020 is to see him go out competitively, regardless of whether he wins an eighth championship or not.”

Jimmie Johnson to retire from full-time competition after 2020