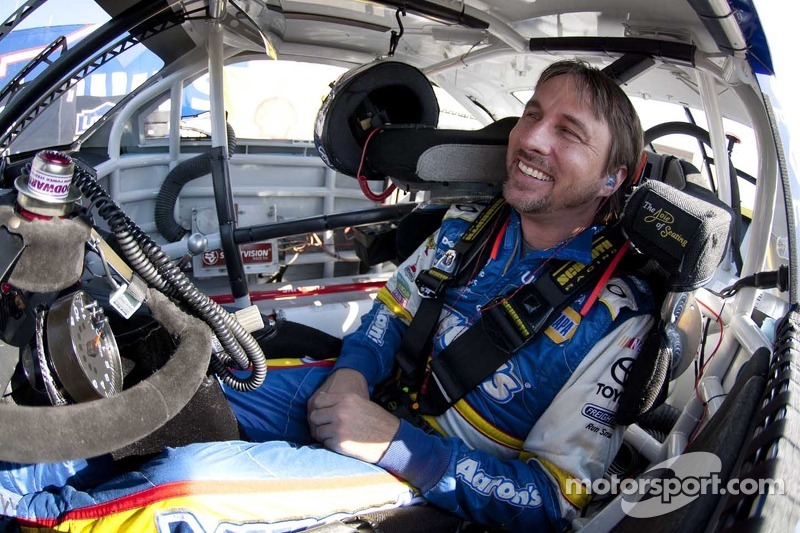 Tommy Baldwin Racing announced on Tuesday that it has hired David Reutimann to drive a NASCAR Sprint Cup Series car for the organization in 2012. He'll join Dave Blaney on the two-car team.

"One of the things I like about (team owner) Tommy (Baldwin) and what's refreshing about him is that he is just a racer," Reutimann said. "There are lots of things he could be doing, but instead, he is at the shop every day working hard to build the organization from the ground up. There are not a lot of true racers in the garage, and he is one of them."

I'm really looking forward to the season to see what we can do.

Prior to venturing into the realm of NASCAR car ownership, Baldwin was a Sprint Cup crew chief, working for teams including the now-defunct Bill Davis Racing.

Reutimann has driven the No. 00 Toyota at Michael Waltrip Racing his entire Sprint Cup career up to this point, but car owner Michael Waltrip announced near the end of the 2011 season that Reutimann would not be with that team in 2012, instead going with former Richard Childress Racing driver Clint Bowyer and former Hendrick Motorsports driver Mark Martin to fill the MWR driver stable.

"Reutimann will be a great addition to our program and to Dave Blaney," Baldwin said.

Hopes are that Reutimann's new gig with TBR will be a full-time one, but that depends on sponsorship backing, something the team doesn't have at the present time. The identity of a sponsor isn't the only thing that seems to be up in the air less than two months before the 2012 season gets underway. There's still no word yet on car numbers or crew chiefs, or crew members for that matter, for either of the TBR entries.

"I'm really looking forward to the season to see what we can do," Reutimann said. 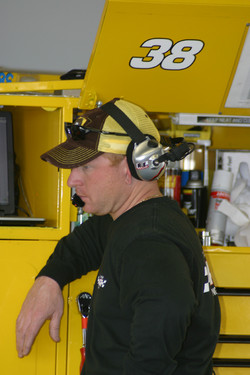 Tommy Baldwin Racing fielded one car, a No. 36 Chevrolet, in all 36 races in 2011, with backing for part of the season coming from Golden Corral. That sponsor is not expected to be with the organization in 2012. Sources close to the team say that sponsorship backing has been secured for Reutimann for 26 of the 36 points-paying events on the 2012 schedule.

"Last season, we met our goal of running the entire schedule and making the top-35 in points," Baldwin said. "This season, our goal is to continue our progress on the competition side. Having two veteran drivers in Reutimann and Blaney is a very important step in our program's growth.

Reutimann brings with him to Tommy Baldwin Racing experience that includes two wins at the Sprint Cup level. TBR has yet to win a race. In four full-time Cup seasons at MWR, Reutimann also compiled 12 top-fives and 26 top-10 finishes.

The highest finish for the organization is a third-place showing by Blaney in Oct. 2011 at Talladega Superspeedway.

It appears Almirola will move up to Cup with RPM