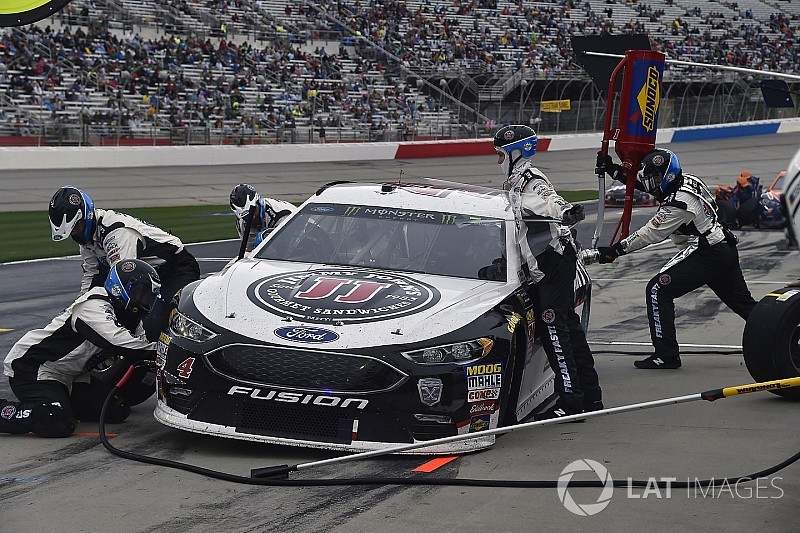 Several teams in Sunday’s Folds of Honor/QuikTrip 500 experienced issued with the NASCAR-issued pit guns manufactured by Paoli. This is the first season NASCAR has provided the equipment rather than allow teams to purchase or build their own.

“We knew going in that this could potentially happen and the likelihood of it happening at some point during the season was fairly high. But we’re going to have those conversations and get it right.

“It was an initiative that we worked closely with the teams on and never want to see a part or piece malfunction. We want it to be in the hands of the drivers and the race teams. That’s something we obviously take very seriously and we’ll head to Vegas hopefully get that cleaned up.”

At least three teams appeared to have issues with the spec pit guns during the race, including the teams of race-winning driver Kevin Harvick and fifth-place finisher Martin Truex Jr.

The problems may have become more apparent Sunday than in last weekend’s Daytona 500 because Atlanta has a very abrasive track surface and teams easily would make between eight to 10 pit stops during the race.

The change in pit guns was one NASCAR made in the offseason to help reduce costs. Reducing the over-the-wall pit crews from six to five members was another.