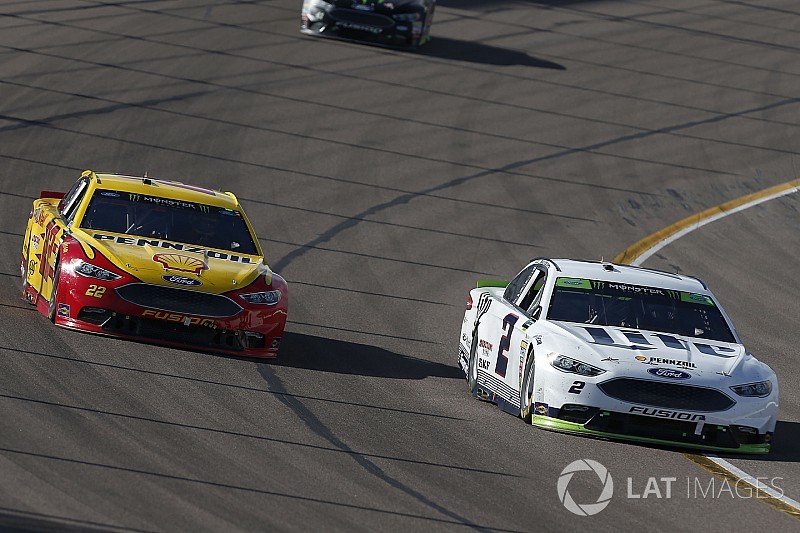 The veteran driver and team owner will join the ever-expanding Team Penske.

Team Penske has announced the addition of Robby Benton as NASCAR team manager for 2018. Benton has competed in both NASCAR and IMSA as a team owner, also spending time as a driver in the NASCAR Xfinity and Truck Series. His NASCAR operation, RAB Racing, won one NXS race with Boris Said at Montreal in 2010. The team has also made a couple attempts at the Daytona 500.

On the sports car side of things, he has enjoyed success as team principal at Change Racing. In fact, they won the 2014 Lamborghini Super Trofeo Series North American title with Kevin Conway, a former NASCAR ROTY.

He will report to Competition Director Travis Geisler in his new role.

Benton will handle various administrative and competition-related duties for both the team’s Cup and Xfinity teams. Team Penske will field four full-time NASCAR programs in 2018, including the newly established No. 12 Ford Fusion team with Ryan Blaney.

“I’m very happy to join an operation like Team Penske,” said Benton. “Anyone that is involved in this sport has a tremendous amount of respect for Roger Penske. He has a world class operation and expects nothing but the best from his people, and that shows on and off the track. I’ve emulated many of Team Penske’s values through my own programs, so it’s especially meaningful to now be a part of this team. I’m honored to receive this opportunity and I hope I can help the organization continue moving forward as they continue to expand their NASCAR operations."

“Robby has been racing most of his life and we are really fortunate to be in a position to add someone with his experience to our organization,” said Team Penske President Tim Cindric.  “As we continue to expand our NASCAR programs, he will bring a wealth of knowledge to add more depth to our management team.”