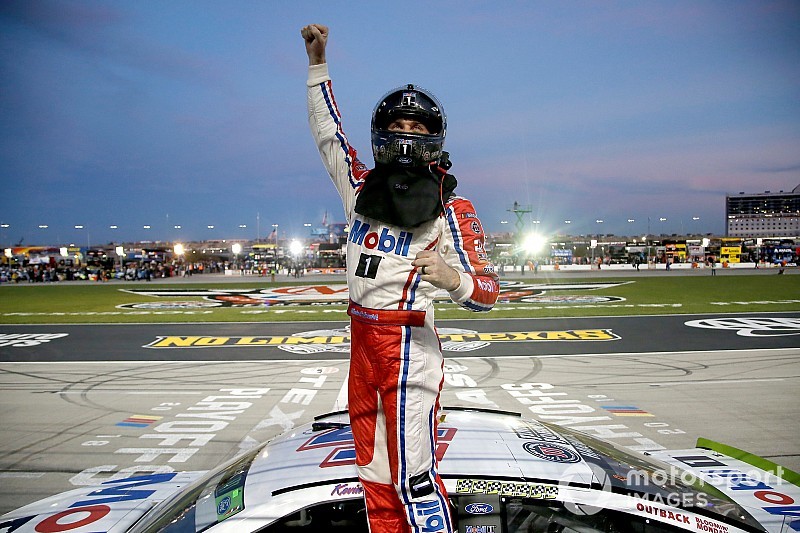 Who will miss out in the Championship 4 and who might pull off an upset win this weekend at ISM Raceway?

The Motorsport.com team examines several story lines heading into the penultimate event of the 2018 season in this week's edition of the NASCAR Roundtable.

With Kevin Harvick losing his automatic bid to the season finale due to this week's penalty, Joey Logano is now the only driver assured a spot in the final four at Homestead-Miami Speedway. Who do you think the other three drivers will be in the final four next weekend?

Jim Utter: It really is wide open now but given Harvick's dominance of Phoenix and his team's now renewed intensity to overcome the penalty fallout, I still think Harvick will win at Phoenix this weekend, once again locking him in the finale. I expect Kyle Busch to still join Harvick and Logano in the finale but the big surprise may come from Kurt Busch. He may be able to capitalize on the situation, especially if Martin Truex Jr. has any trouble in the race, which would leave Truex on the outside looking in.

Nick DeGroot: The Big 3, so those who currently hold those positions. I think Harvick, Busch and Truex will advance into the final four with no one beneath the cut line able to snag a surprise win in Phoenix. Harvick is strong at Phoenix, but he is dangerously close to that cut line. All it takes is one misstep.

Tim Southers: The penalty really puts the pressure on Harvick to run well and get a win in Phoenix and if there was one track Harvick would probably pick to score a “must win” it would probably be ISM Raceway. Harvick has more wins than any active driver in the Cup Series with nine and he’s finished in the top-10 in nearly half of his starts at the track located just outside of Phoenix. While a win is not 100% assured for Harvick, I expect him to run well and possibly win this week.

Who do you think could play the spoiler role in the Cup Series race at Phoenix?

Jim: At this point, I'm not sure there will be a spoiler at Phoenix. I would not be shocked to see Harvick follow up his Texas win with yet another victory at Phoenix. Just because he has already clinched a spot in the Championship 4 I don't believe it will slow Harvick and the No. 4 Stewart-Haas Racing down one bit. If there is a spoiler, I'd have to go with Chase Elliott, who has run very well at Phoenix.

Nick: As I hinted at in my earlier answer, I don't think anyone will challenge our top drivers as they pursue the 2018 championship.

Tim: I think the Championship Four will be the “Big 3” of Harvick, Kyle Busch and Martin Truex Jr. along with the only driver locked in now - Joey Logano. If there is one driver that could play the spoiler I think it could be Chase Elliott. Elliott has four top-10 finishes in his five starts in Phoenix.

How surprising is it that two of the favorites to win the Xfinity Series title - Christopher Bell and Justin Allgaier - are on the outside looking in heading into Phoenix? Which one of them do you think will advance or will both make it through?

Jim: This is an incredible story that the possibility even exists that the two drivers with the most wins in the Xfinity Series may not even compete for the series championship in Homestead. I do believe one of the two will not make it and I think Bell is the most likely choice. Bell certainly could run well at Phoenix but I would not be surprised to see Allgaier win this weekend, cementing his appearance in the Championship 4.

Nick: It shows just how costly this format can be when mistakes are made or bad luck finds you. I think Bell is out. Unless he wins Phoenix, it's very unlikely he could make it in on points and although he's entirely capable of winning, I don't think it will happen. Although Allgaier will be going for the win as well, he could conceivably point his way in if Hemric or Sadler have trouble on Saturday.

Tim: While the Xfinity Series doesn’t get the coverage of the NASCAR Cup Series, if these two drivers don’t make the Championship Four I think there will be some upset drivers and fans. I agree with my colleague Jim Utter that I don’t think both will make it to Homestead-Miami Speedway. If I have to pick one driver, I think Justin Allgaier will be racing for a title next weekend.

GMS Racing has clinched two of the four spots in the Truck finale. Who do you think will join them in the title fight at Homestead?

Jim: Absent a shocker at Phoenix, I think Brett Moffitt and Noah Gragson will join the GMS Racing contingent in the final four at Homestead. While Johnny Sauter is already locked in the title fight at Homestead, given his success at Phoenix, I would not be surprised if he were to rack up yet another win this weekend.

Nick: Like Jim said, I will be very surprised if it's anyone other than Brett Moffitt and Noah Gragson who makes it through. They've won a combined five races this year while those below them still in contention have a combined total of two. Barring a shock winner, I'd say this final four is all but set.

Tim: I think it will be Brett Moffitt and Noah Gragson. I would also like to add that I wouldn’t be shocked if Matt Crafton picks up a win this weekend to advance and kick one of those two out of the Championship Four.