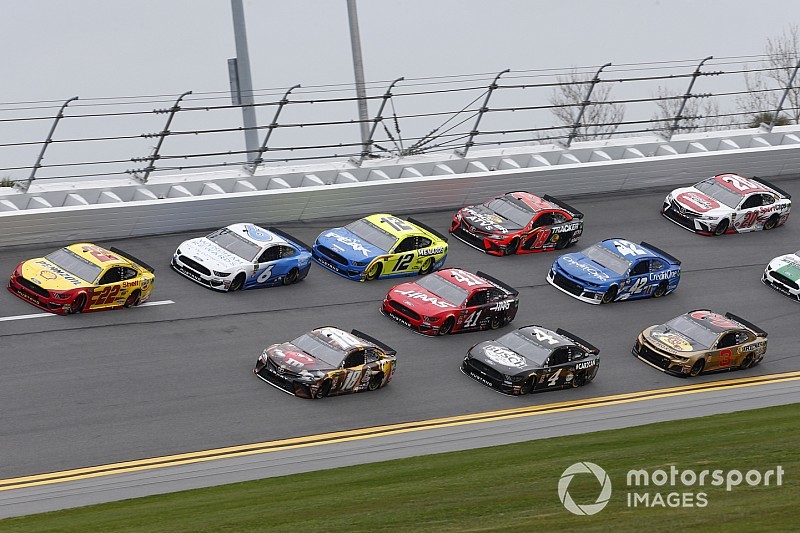 It’s February, which means it’s time to welcome to the first edition of the 2019 NASCAR Roundtable.

Each week, Motorsport.com's Jim Utter, Nick DeGroot and Tim Southers take on the hot topics in the NASCAR world.

This year, fans can also participate via social media and be a part of the conversation. This week the panel prepares to kick off the 2019 NASCAR season in earnest with all three national series competing at Daytona International Speedway.

How surprised were you to see William Byron score the pole for the Daytona 500 in his first race with Chad Knaus as his crew chief?

Jim: It was not surprising when you consider Hendrick Motorsports drivers had won the pole the previous four seasons but I'm not sure the new combination of Knaus and Byron would come right out of the box with such a significant accomplishment. Still, I never believed Knaus' talents as a crew chief had diminished and I certainly think Byron has a bright future. We may have only gotten our first glimpse of what's to come for this duo.

Nick: Looking at the recent performances of Hendrick Motorsports and that No. 24 car specifically in Daytona 500 qualifying sessions, not surprised at all. Not to take anything away from William, but 500 Pole Day says a lot more about the team than the driver, which is quite interesting in this situation as it's Chad Knaus first race off the No. 48 pit box. So far, he's already got a pole under his belt for NASCAR's biggest race.

Tim: Considering the performance of the Hendrick cars over the past several years it’s not a surprise one of them is on the pole, however, I’m a little surprised William Byron scored the poll in his first race with new crew chief Chad Knaus. I think this duo will win races together but I didn’t think they would start off like this to be honest.

Do you think Jimmie Johnson was at fault for triggering the 17-car accident in the Clash or was it just a product of the racing at Daytona?

Jim: Do I think the move Johnson initiated by going for the lead triggered the incident? Yes. But I also don't believe Johnson did anything wrong. Side-drafting for position has become the No. 1 method of making moves and gaining positions in superspeedway races and drivers trying to prevent that - such as attempting to block - is the most common defense. Unfortunately, it seems all too common when either or both occur, the result can be a bad one. The worst part was the fact the race could not get restarted. There was still plenty of racing left and it was no "given" Johnson would hang on for the win.

Nick: Yes, but he had to go for it. Side-drafting with the current package is already precarious and with how little actual racing there was in The Clash, there wasn't much to go off of before that. Jimmie made a move, he made a mistake and in an interesting turn, it won him the race. He was on the receiving end of something similar with his then-teammate Brian Vickers in the 2006 Talladega race. It's part of plate racing with how tight things are. There will be judgement errors. Normally, a mistake like that is a a one or two-car incident, but at Daytona, it's 17.

Tim: I think Johnson was at fault, but I blame it more on the style of racing that has to be done today on superspeedways. Technology and the rules have the cars so equal now that you have to think of every little thing you can do behind the wheel of a car to pass. I think the aggressive attempt to side draft Menard created the situation for the accident and that alone. I don’t think there was any ‘dirty driving’ going on by Johnson.

Who would predict to be the favorite to win the 61st running of the Daytona 500 this Sunday, and who would be your dark horse to take a surprise win?

Jim: My favorite to win the Daytona 500 is Chase Elliott, who I think has shown the past couple of seasons that he has aggressiveness needed to tackle this race. What he needs is some of the luck and good timing that often comes with a win in this race. My surprise winner would be Ricky Stenhouse Jr. He has certainly shown he can get the job done at restrictor-plate races and what better way to cement that by picking up a victory in the biggest one of them all?

Nick: Aric Almirola. His tweet the other day says it all. Redemption. He wants it bad and has tremendous success in plate races in both the Cup and Xfinity Series. I'd put my money on the No. 10 to put 2018's finish in the rearview permanently. And my surprise winner would be Tyler. He's driving for RCR in the No. 31 machine, which already makes him a contender. Then add to that the fact that he's won the Daytona opener in both the Xfinity and Truck Series. He knows how to get to the front. Oh, and he's the reigning Xfinity Series champion.

Tim: I don’t know why but I feel Jimmie Johnson will score the win. My gut (and my heart as a lifelong Ford fan) tells me that I should go with someone like Brad Keselowski or Kevin Harvick, but I just think 7-time has a bit of a chip on his shoulder and wants to prove to everyone he still has the fire to get it done on Sundays.

Who would you pick as your favorite to win the Xfinity Series race on Saturday?

Jim: He may be with a different team this year, but I'm going to go with Tyler Reddick making it two in a row in the Xfinity Series season opener. He won the event last year with JR Motorsports and went on to win the series title. He's now with Richard Childress Racing but certainly capable of pulling off the victory again.

Nick: I'm going with a dark horse, but I like drivers with extra motivation and something to prove. That's why I'm going with Ross Chastain in the Kaulig Racing machine. We all know what happened with the Ganassi deal and he is well aware that his chances of battling for wins will be limited in 2019. Daytona is an opportunity and that No. 10 is fully capable of winning there. Watermelon to Victory Lane -- you heard it here first.

Tim: I think we might see a surprise winner like Noah Gragson. He’s a talented young driver and will come out of the box strong with JR Motorsports. I know he’s just a rookie in the series and experience plays a big part in restrictor plate racing, but I think with the help of his teammates at JRM, he’ll figure it out pretty quickly and be there at the end of the day.

Who would you pick as your favorite to win the Gander Outdoors race on Friday?

Jim: This is a tough one to pick but the decision was made easier for me last weekend when Harrison Burton ran a brilliant race to capture the season-opening ARCA event at Daytona. It was his first superspeedway start of any kind and Friday night will be his first in a Truck for Kyle Busch Motorsports. He appears to be very comfortable running these races and should still be riding a high off last weekend's win.

Nick: Johnny Sauter is the one I'm tempted to go with, but I think I'll go with the defending series champion Brett Moffitt. He's got a new home with GMS Racing and that team sure knows its way around the high banks of Daytona.

Tim: I think Johnny Sauter will be fired up after being let go at GMS Racing and rejoining Thorsport earlier this week. I know the team struggled with the Ford all of last year, but they have a year under their belts and a mad Sauter is a determined Sauter and I think he’ll show why Friday night winning the truck race. Plus he has his crew chief Joe Shear Jr. with him and that duo is potent together.