NASCAR Roundtable: Will there be a new winner at Sonoma? 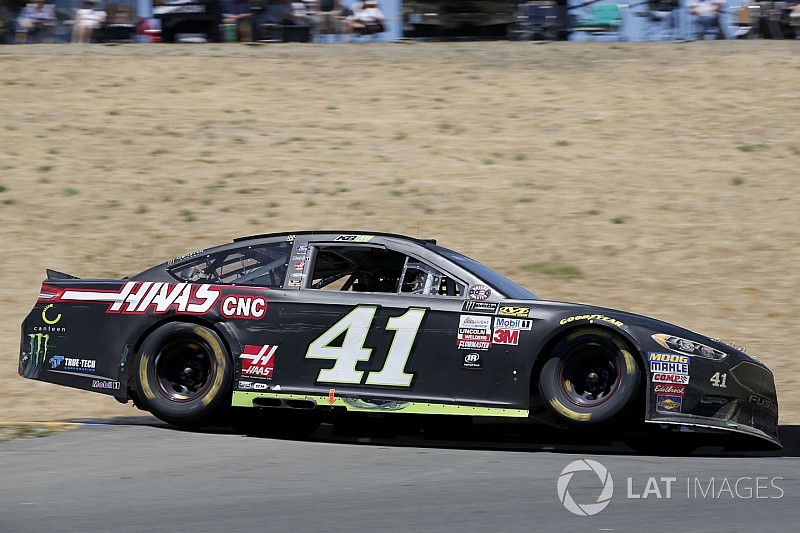 Sonoma Raceway will host the first of three road course races this weekend. Who do you think has the best chance to punch their playoff ticket that no one's talking about right now?

Jim: Clearly with a good car behind him, A.J. Allmendinger is someone who could show up and win at Sonoma and put himself right into the NASCAR playoff picture. But I'm keeping my eye on Denny Hamlin. He's hasn't made much "noise" yet this season, but has some very successful outings the past couple of seasons at Sonoma (a fourth and second) and I think will find himself in the hunt for the win on Sunday.

Kenny: Probably Ryan Blaney as far as someone not really being talked about. I think Blaney’s a lot better road course driver than most folks realize; he and his Team Penske group have also been running and finishing well of late.

Nick: A.J. Allmendinger and Kurt Busch are my picks if we're talking about drivers looking for their first win of the year. They are strong road racers and should be contenders at Sonoma. Additionally, keep an eye on Daniel Suarez. He could be a surprise winner on Sunday.

Tim: While the popular choice is A.J.Allmendinger, and he does have a good chance of winning, I think we will see a different first-time winner this season. Yes, I know Kevin Harvick swept the weekend there last year and Kyle Busch and Martin Truex Jr. are also favorites, but I feel this is a race we could see Denny Hamlin or maybe even Jimmie Johnson break through.

There hasn't been a back-to-back winner at Sonoma since Jeff Gordon won three straight from 1998-2000. Do you think Kevin Harvick can be the first since Gordon to do that this weekend?

Jim: Kevin Harvick has become quite a talented road racer in his own right and it would not shock me in the least to see him go back-to-back with another victory at Sonoma. Harvick already leads the series with five wins this season and he and Stewart-Haas Racing teammate Clint Bowyer have combined to win seven of the 15 races this year. I would be hard pressed at this point to come up with any race in which Harvick didn't have a legitimate shot to win.

Kenny: Sure. The funny thing is, Harvick hasn’t qualified worth a crap in his last three starts at Sonoma, but has finished fourth, sixth and first. Good car, talented driver, he’ll be a contender for certain.

Nick: I believe he, Kurt Busch and Bowyer will all be at the front and battling for the win. It's going to be another good day for Stewart-Haas Racing and yes, Harvick could very well come away with the victory.

Tim: I feel Harvick has the ability, team and experience to be a threat to win the rest of this season on any type of track. This is his ‘dream season’ so far with all the wins and running strong almost every weekend, yes I remember Charlotte, but it would not be strange at all to see him celebrating his second consecutive win at Sonoma on Sunday afternoon.

Clint Bowyer has two wins already this season and has performed well at Sonoma in the past (including a win in 2012). Could he become a 3x winner this Sunday?"

Jim: Bowyer is on a roll right now. Unlike many times in rain-shortened races, Bowyer was actually in the hunt for the win much of the race, which makes his victory at Michigan much less of a fluke. He has had good success at Sonoma and calls is his "favorite race track." A Harvick vs. Bowyer for the Sonoma victory would not be out of the question.

Kenny: I believe Bowyer will win more races this year. I do not think Sonoma will be one of them. With a playoff spot guaranteed, I believe the No. 14 team will focus on prepping for the “postseason” going forward.

Nick: Clint Bowyer getting his third win of the year this weekend is a good bet. He has the best average finish of all active drivers at 10.7 and seven top fives in 12 starts. He called Sonoma one of his favorite tracks and he certainly has the momentum after his win at Michigan.

Tim: I also agree that Bowyer will probably win another race or two this season, but I don’t think Sonoma will be one where he winds up in Victory Lane. I think he would have to get past Denny Hamlin, Kyle Busch and several others first.

The K&N Pro Series West Series will be the support division this weekend in Sonoma. Of the drivers competing in the race, which prospect do you think has the best chance of advancing to a NASCAR national series in the near future?

Jim: Right now, I would have to go with Will Rodgers, who is fresh of his second consecutive NASCAR K&N Pro Series East victory at New Jersey Motorsports Park. A member of this year's NASCAR Next class, Rogers is running a mix of K&N and ARCA races this season and finished second in the Sonoma West race one year ago to Kevin Harvick. He is back again with a race with will include a handful of the younger Monster Energy NASCAR Cup Series drivers who are looking for experience on the road course.

Kenny: Cole Rouse, the one-time Kyle Busch Motorsports Late Model pilot, or Derek Kraus perhaps? They’re among the youngest of the young and consistent behind the wheel.

Nick: Tough question. I agree that Will Rodgers and Hailie Deegan are good choices, but I'd also throw in Derek Kraus. In this era, it will ultimately depend on not just ability, but potential backers you're bringing with you.

Tim: Will Rodgers and Hailie Deegan have both caught the eye of Kevin Harvick and in this race last season, Harvick bested Rodgers for the win after a great battle. Rodgers is riding a lot of confidence after just recently winning the K&N Pro Series East road race in New Jersey and I think he’ll make it two wins in a row this Saturday.

Should NASCAR have a hybrid future?