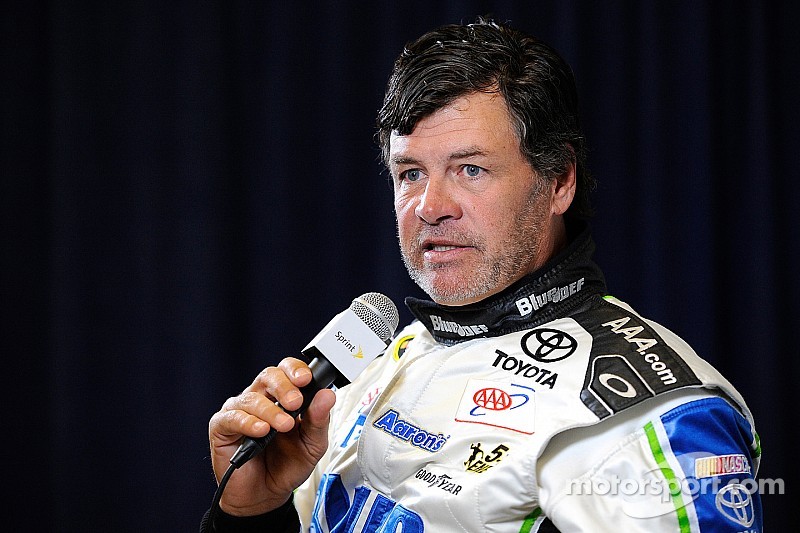 We'll know starting on September 15, when the ABC show has its season premiere.

Waltrip is one of the 13 celebrities who will be competing then. The first celebrity will be eliminated the next night, on September 16. He will have to be good to match the success of fellow driver Helio Castroneves, who won the fifth season with partner Julianne Hough.

Here is the official announcement from the show of Waltrip's participation:

"Michael Waltrip is a winning professional racecar driver, founder and co-owner of Michael Waltrip Racing, a widely recognized network racing commentator and author of a best-selling biography.  Waltrip is a two-time winner of NASCAR’s crown jewel event, the Daytona 500, and is one of only two drivers in history to hold victories in NASCAR’s three top tier divisions over four consecutive decades. Waltrip still competes on a limited basis, posting two top 10 finishes in just four events in 2013. In recent years, Waltrip has driven in international events, competing in the 24 Hours of Le Mans and 24 Hours of Daytona, as well as events in Spa, Belgium, Sebring and Dubai.

"The Kentucky native founded Michael Waltrip Racing and his organization brought Toyota Motor Corporation into NASCAR Sprint Cup racing in 2007, where his teams have won seven times and finished runner-up in the championship standings in 2012. As an expert commentator on Fox Sports 1 for the Camping World Truck series and an analyst for NASCAR on FOX during NASCAR Sprint Cup races, Waltrip has established himself as one of the industry’s most respected voices and biggest personalities.

"In 2011, Michael published his best-selling book In the Blink of an Eye, celebrating the 10th anniversary of his historic 2001 Daytona 500 victory on the same day his mentor, boss, friend and owner, Dale Earnhardt, perished on the final lap. His story spent 11 weeks on the New York Times Bestseller list.

"Away from the track, Waltrip has competed in four marathons, including the Boston Marathon and his own marathon event, which raised more than $1,000,000 for charity. His humorous demeanor launched a multi-stop Comedy Tour in 2010. He partners with Emma Slater.