It's a season of change in NASCAR, it's just not apparent (yet) 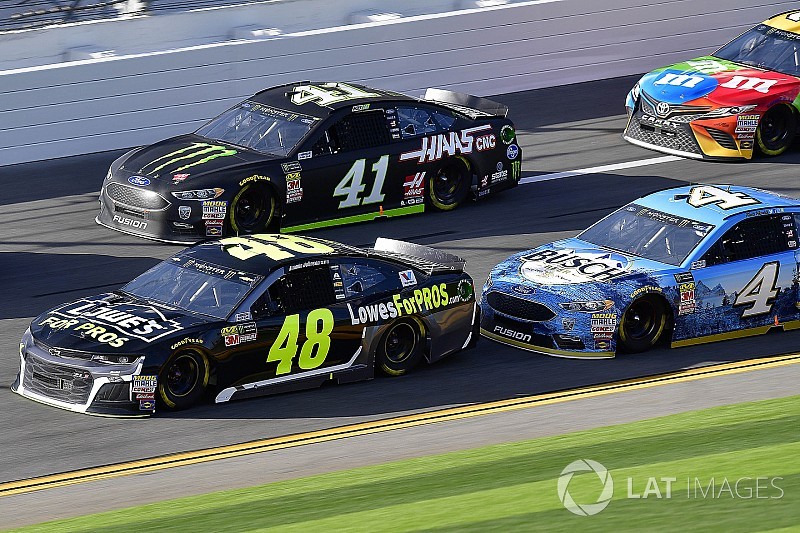 With the lack of a drastic downforce-reducing aerodynamic rules package from NASCAR this season, the impression was 2018 would be a more “stay the course” season than one of more change.

On the surface that may seem true, but take a deeper look and it’s easy to see plenty of changes in NASCAR competition this season, from the cars driven on the track to the work on pit road.

"Everything has changed," according to Harvick

And much of it is not apparent to the naked eye, including internal changes at organizations like Hendrick Motorsports and Richard Childress Racing that could easily affect their teams’ performance on the track.

During Wednesday’s Daytona 500 Media Day, driver Kevin Harvick scoffed at the idea that “nothing has changed” this year.

“Everything has changed, when you look at the inspection process and you look at the splitters and you look at Chevrolet having a new car,” Harvick explained. “Until we get through with the West Coast swing, I wouldn’t even know where to point because I don’t know how good the Chevy’s new car is going to be.

“Are they behind? Are they ahead? Or is it that good? Did the new inspection process hurt the Fords? The Toyotas? The Chevrolets? Who did it hurt the worst? There’s way too many unknowns.”

Little is generally discerned from a team or organization’s performance at the season opening Daytona 500 – other than whether they got off to a solid start to the season.

Things to watch out for

The rules on superspeedways are vastly different than those used in the 32 other races on the schedule, as is the type of racing seen on the track.

Even the changes on pit road – including the reduction in over-the-wall crew members and use of different pit guns – may not see their full potential realized, simply because there are generally less pit stops on superspeedways and they tend to be more spread out.

“I think as you go through the West Coast swing and get done with Martinsville and get to Texas, then you kind of know where everybody is going to stand on the mile-and-a-half stuff.”

The vast changes to NASCAR’s inspection process are also likely to level the playing field, but because superspeedway rules are vastly different from everywhere else, even that change will likely not become more apparent until at least Atlanta.

What a team has in the Daytona 500 on Sunday won’t necessarily say much about how it will perform the next week at the 1.54-mile Atlanta track.

Johnson has "never seen so much change"

Seven-time Monster Energy NASCAR Cup Series champion Jimmie Johnson said he’s embracing all the changes, in large part because he and his No. 48 Hendrick Motorsports team struggled much of the second half of last season.

“From where I’m sitting, I’ve never seen so much change,” he said. “It’s mainly focused on HMS. But pit stops and rules, it’s a big year. There’s a lot of change going on, especially for what we deal with on the competition side.

“Maybe the fans won’t have a great sense of that, but our environment has changed dramatically.”

For Johnson, that includes internal changes at HMS restructuring its competition approach but also in relation to Chevrolet’s change from the SS to the Camaro ZL1 body style.

Other Chevrolet teams will go through that same process and some, like Richard Childress Racing, have seen internal changes that could blend over on the track.

RCR saw a reduction to a two-car Cup operation in the offseason, while it will also house the Richard Petty Motorsports team on its campus in Welcome, N.C.

All of those moves have the potential to create changes, good or bad.

“Luckily there’s so much change going on this year, we feel we have a whole new mousetrap, a whole new set of rules to deal with,” Johnson said. “We’ll just forget about last year and move on.”

Johnson said a driver’s willingness to embrace changes often parallels their success on the track from the year before, which in his case means he’s “all in.”

“I feel like we’ve always responded well to change, different generations of cars, tires that are introduced. I like changes,” he said.

“It’s fun to chase that rabbit.”

Canadians prepare to take on Daytona in all three national divisions

MotoGP on TV today – How can I watch the Spanish Grand Prix?