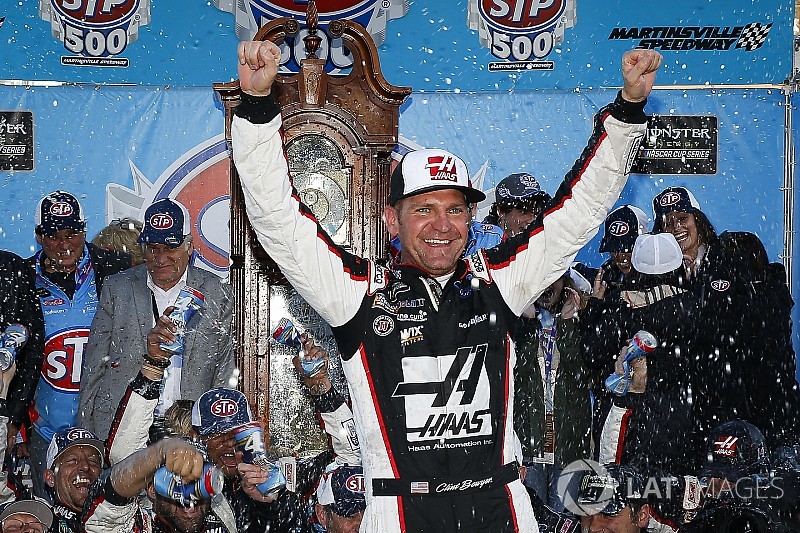 How was your weekend at Martinsville Speedway and where there any issues during the race?

Martinsville Speedway is one of the tracks that Clint has always ran well at and it’s a race we always circle on our schedule. The biggest disappointment of the weekend was not getting to qualify because he was fast in practice and we could have started higher in the field and had a chance to race for stage points sooner instead of having to use the first stage to work our way through traffic.

How long have you been spotting for Bowyer and how did you guys start working together?

I’ve been spotting for Clint since 2012 when he finished second in the final points standings.

Do you spot for anyone else besides Bowyer?

I spot for Elliott Sadler in the NASCAR Xfinity Series. He and I have been working together since 2001 and I also spot for Myatt Snider in the (NASCAR Camping World) Truck Series.

I feel no matter how long you work as a spotter you can never get complacent with what you are doing. You have to always challenge yourself to get better. I think you have to be able to tell your driver things they don’t know during the race. I’ve been very fortunate to be very close to all three drivers I’ve spotted for in the Cup Series. Elliott taught me some things and working with Clint, he requires a little more information than Elliott may have wanted, so it made me step up my game when I started spotting for him.

How do you try and help your driver during the race? (Do you tell jokes during cautions, talk about something off the wall to help calm them down when they need it, etc.?, What is it they like to hear from you?)

One thing I realized a long time ago is I’m going to be me in the spotter’s stand. I hate to lose and I want to win so I stay pretty focused during the race, but I might let a (curse) word slip here and there but I’m always thinking of what I can do to help my driver and team with the race.

What’s the most rewarding part of your job for you?

Hands down, it’s winning. You don’t do what we do for as long as we have without the desire to win races. I used to want to win for me and I still want to be a part of a Daytona 500 win someday, but now I think more about the win for all the people back at the shop working their tails off each week, the crew guys at the track and for our families who support us back home and watch races on TV.

The only thing that stinks as a spotter is I’m usually the last one in Victory Lane to celebrate with the team. But last week’s win was really special because I got to see Clint celebrate the win with his kids. Watching his son Cash run down the front stretch to get to Clint was something Clint will never forget and it’s a special memory for all of us.

Roundtable: Can Jimmie Johnson end his winless streak at Texas?

Mailbag - Should NASCAR have multiple tire compounds for each race?