Tony Gibson's goal with Harvick this weekend: "Don't screw it up"

Tony Gibson’s weekend trip went from hunting to racing but so far, so good. 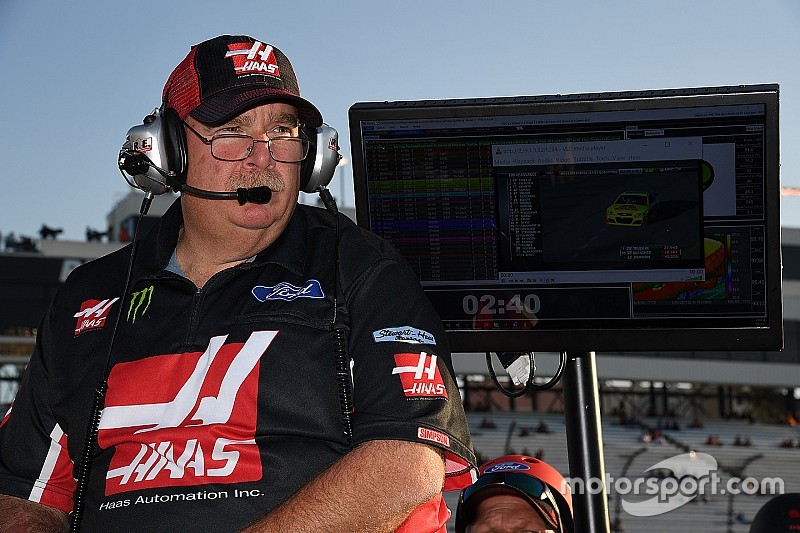 Gibson was preparing to leave for a weekend hunting trip when he got word he would need to come to Phoenix this weekend to begin his two-race tenure as Kevin Harvick’s interim crew chief on the No. 4 Stewart-Haas Racing Ford.

The NASCAR veteran came off the road at the end of last season, his most recent stint serving as crew chief for Harvick’s teammate, Kurt Busch. He has remained at SHR, taking a role in the shop as the organization’s production manager.

When Harvick’s crew chief, Rodney Childers, was suspended on Wednesday for the final two races of the season, SHR immediately tapped Gibson to lead the No. 4 team’s charge toward a second championship.

“You get used to that home life, and fishing and all that stuff, but it’s part of my job,” Gibson said Friday at Phoenix after Harvick won the pole for Sunday’s Can-Am 500. “Coming off the road and doing all this – that’s just part of it.

“I’d go to six or eight (races) and if somebody had a problem or whatever, I could fill in. I’m happy. I like to go every once in a while. I don’t like to be under this kind of pressure, to be this old and on medication, but it is what it is.”

Harvick won last weekend at Texas but after his car went back to NASCAR’s R&D Center in Concord, N.C., in was determined to have an illegal rear spoiler. Harvick lost the use of the Texas win to lock himself into the Championship 4 and was docked 40 points.

He can still reach the title race by points but the road is much tougher now. Another win on Sunday would again lock him into the battle for the series championship.

Gibson said there is little he has had to add to a No. 4 team that arrived in Phoenix determined to atone for last weekend’s results.

“Rodney has such a great team and he has a lesson plan already planned out. You just have to execute and don’t screw it up,” he said. “And you got Kevin Harvick as a driver. I didn’t do anything.

“Everybody knew what needs to get done. Rodney is a great leader. He got his guys together at the shop and made a game plan and our job was to come and execute it and that’s what we did. I’m happy to be a very small part of it but I’m happy to be a part of it.

“Hopefully, we can have a good practice (Saturday) and things go well and then Sunday we need to race really hard, get some stage points and race for the win. We’ll have a great starting spot, great pit selection and hopefully I don’t screw something up.”

Asked about the adjustment to working without Childers this weekend, Harvick said everything “went smooth.”

“I think as you guys are quickly figuring out it’s more about people than it is about cars,” he said. “We’ve got a lot of good people and obviously a lot of experience with Tony and those guys did a great job filling the roles.

“You can’t drive a slow car fast and you can’t beat good people.”