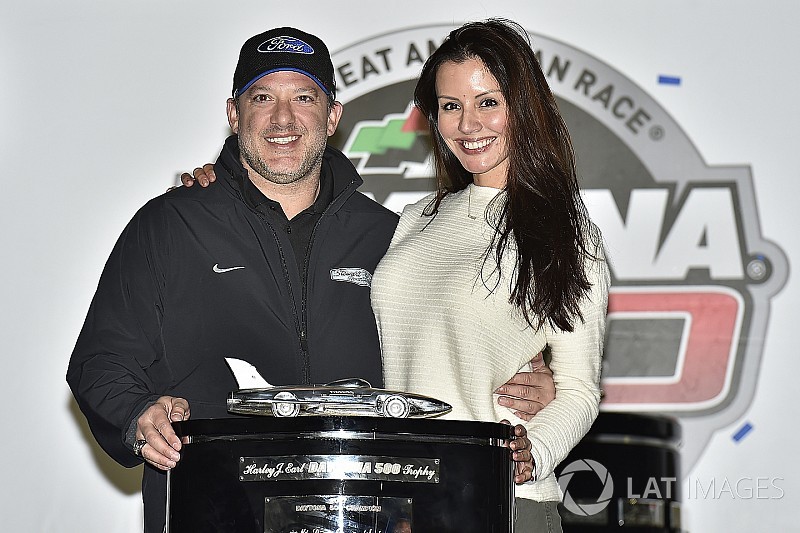 Devout bachelor Tony Stewart has had a change of heart.

Jimenez, 39, hails from San Diego. She worked as a model, actress and was the Playboy Playmate of the Month for March 2003.

Truex: "It's pretty damn awesome" to beat JGR with their own stuff