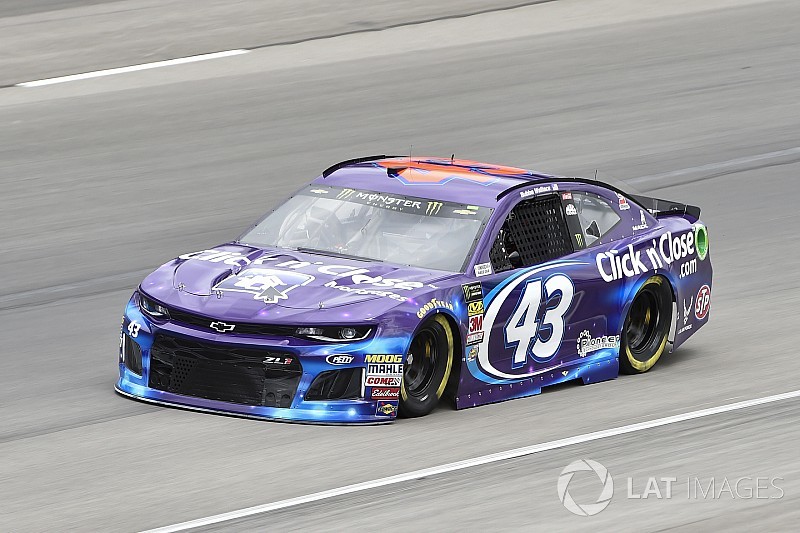 After finishing second in the Daytona 500, Wallace had averaged a 27th -place finish over the next five races before his eighth-place finish in Sunday’s O’Reilly 500.

Wallace was obviously happy after his finish.

“Absolutely,” said Wallace when asked if he needed this top-10 finish.”We needed that (finish). It was a good week off for us to regroup.”

Wallace was correct when he said his team took advantage of the off weekend to work on some things as they showed up at Texas remaining in the top half of the field throughout practice and qualified 15th - which was also his best starting position since Daytona.

“The guys did a hell of a job all weekend long,” said Wallace. “I thought we had pretty decent speed and a lot of people in the garage were like, ‘Your car is pretty good, so just don’t mess it up.’

“I had a couple of opportunities there, especially the first stop coming down, but our Click N’ Close Chevrolet was pretty decent all day for us.”

Wallace credited his crew chief, Drew Blickensderfer, for making the right call that helped him move up as high as fourth late in the race.

“Drew did a great job doing some pit strategy on that last call to get us out there to fourth,” said Wallace. “I don’t know if we were on the splitter on that last run, but she wouldn’t turn going into the corners and gave up a couple of spots.

“I will beat myself up over that one.”

Wallace and the team are still looking for sponsor partners on the car for the remainder of the season and this top-10 finish couldn’t have come at a better time.

“We had some prospects on the (pit) box, so I think that went a long way as wel,” he said. “But man, what a good day, what a good weekend for us. We had the mojo the whole time and just super excited.”