While Kyle Busch’s switch to Richard Childress Racing is a seismic news story for the NASCAR Cup Series in 2023, his last deal with Joe Gibbs Racing three years ago sparked quite the saga too…

In life as a motorsports journalist you’ve got to work hard in the various paddocks around the world to get the scoops and inside steers to stay better informed than your opposition. But, just sometimes, stories truly fall into your lap. And here’s one that’s never been told in full before…

It’s race day morning at Daytona International Speedway on February 17, 2019 and I’ve already had a chat with Denny Hamlin (who’d go on to win the Daytona 500 later that day) and NASCAR’s racing innovation guru John Probst, who gives me some great background information on what was then being called ‘Gen-7’ and subsequently morphed into the Next Gen car.

Feeling pretty pleased with myself, I take up an offer of an early lunch in the Toyota suite – I was an invited guest that weekend – and I crash out a quick story from my Hamlin quotes before setting myself up for doing a live text of the race from the best seats in the house later that day. 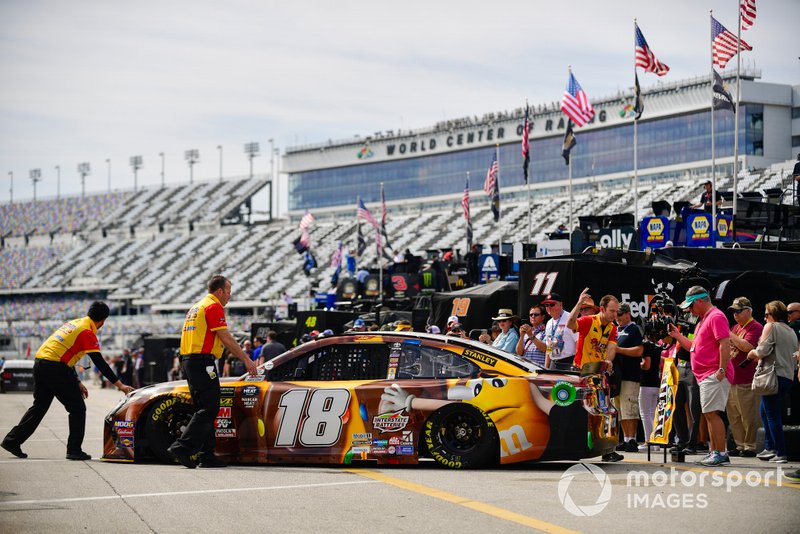 The suite – 'France 601' which is at the top-right of the main Daytona hospitality building you can see in the photo above – was already filling up with Toyota dealers and suppliers when we get a guest appearance from another of its superstar drivers from Joe Gibbs Racing, Kyle Busch.

The main Toyota exec of the day, who I’ll not name to save any blushes, really fancied himself as a Master of Ceremonies and called Kyle up on to the makeshift stage at the front for some pre-race banter. I switched on my recorder, just on the off-chance anything useful was said – and here's what went down...

“Today’s a new day, it’s a sunny day, a bright day and an exciting day,” enthused Busch, clearly in a great mood. “I woke up on the right side of the bed this morning!”

We were about to find out why – but not before he regaled us of the tale about spraining his ankle earlier that week after getting “double-bounced by a seven-year-old on a trampoline” and joked that it might've been a Jimmie Johnson fan as “he didn’t even ask me for a photo or an autograph!"

Kyle added: “I’m sure there’s already an asterisk on my contract, written in pen, that says ‘no trampoline parks’ from now on.”

And here’s where it got interesting – I knew he was in a contract renewal year, with plenty of speculation over whether he'd continue at JGR, and suddenly a large cat was about to be released from the bag...

“Speaking of that,” says the Toyota exec. “We had a little reception for the Gibbs organization up on the rooftop of the Hard Rock last night, we had a little party up there to celebrate something, do you want to tell everybody about what’s going on with your relationship with Gibbs?”

“Well you started it…”

“Well, so, er… It’ll probably be coming out next week, so if we can keep it all hush-hush – I re-signed my deal with Gibbs and the Toyota family for the foreseeable future [big round of applause] it’s going to be good, and this year is all about hitting 200 wins across all three series and going for that championship in Homestead.”

At this point I shot a glance towards the senior Toyota staffer who’d invited me, but he was staring at his shoes while shaking his head in disbelief at what just happened.

So now I’m in quite an awkward spot – I’ve just had a big deal confirmed, straight from the horse’s mouth. But now I felt like I’d been invited to dinner when someone spilt the ketchup, and my choice now was whether to stomp it into the host’s carpet or not… 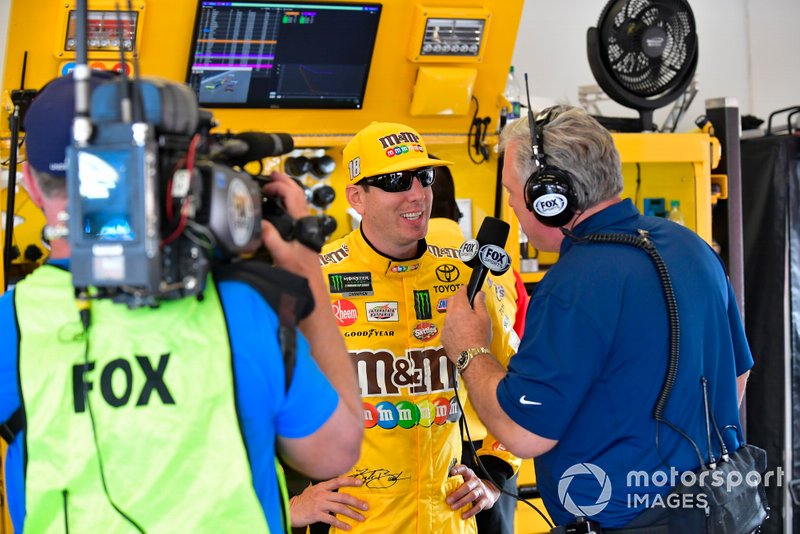 “I’ll make it easy for you,” I told my Toyota pal, who wore a pained expression on his face. “I won’t write anything just yet, but as soon as I see someone else do so, then I’ll have to do something.”

He reluctantly agreed, as his big boss not realizing who was in the room was hardly his fault.

To my amusement some other invited journalists arrived in the suite soon after Kyle left.

"Did he say anything interesting?" 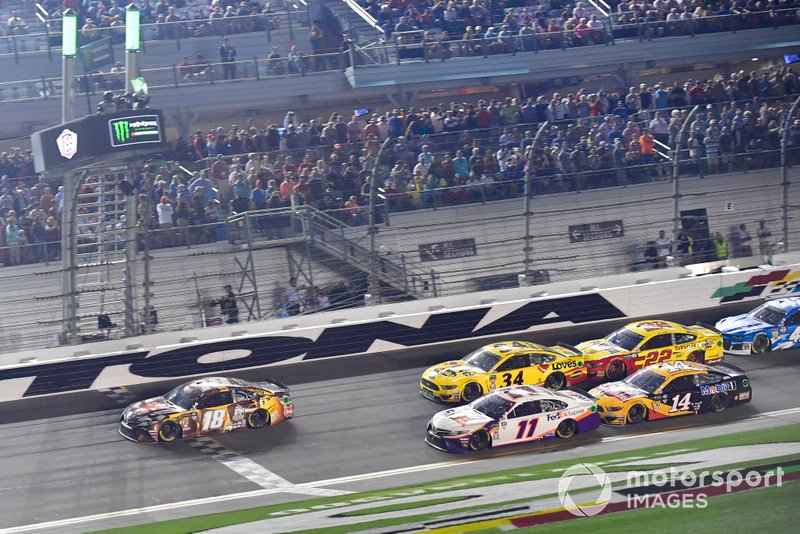 It took another 10 days for the deal to be officially announced, and – true to my word – I only ran with a story about it a couple of days later when I saw a rival suggest that the deal was imminent…

Of course, Kyle went on to win the championship that year – so it'll be fun to see if he can repeat that feat going forwards with RCR!

The scenario made me recall some words of wisdom that I'll never forget from the late, great Robin Miller on a transatlantic call as it neared midnight on the Autosport newsdesk one press day. He told me: “Way I see it son, news is like a Genie in a bottle. Once it’s out, it’s out. But, sometimes, you gotta know which bottle to pick up and, most importantly, know when to rub it.” 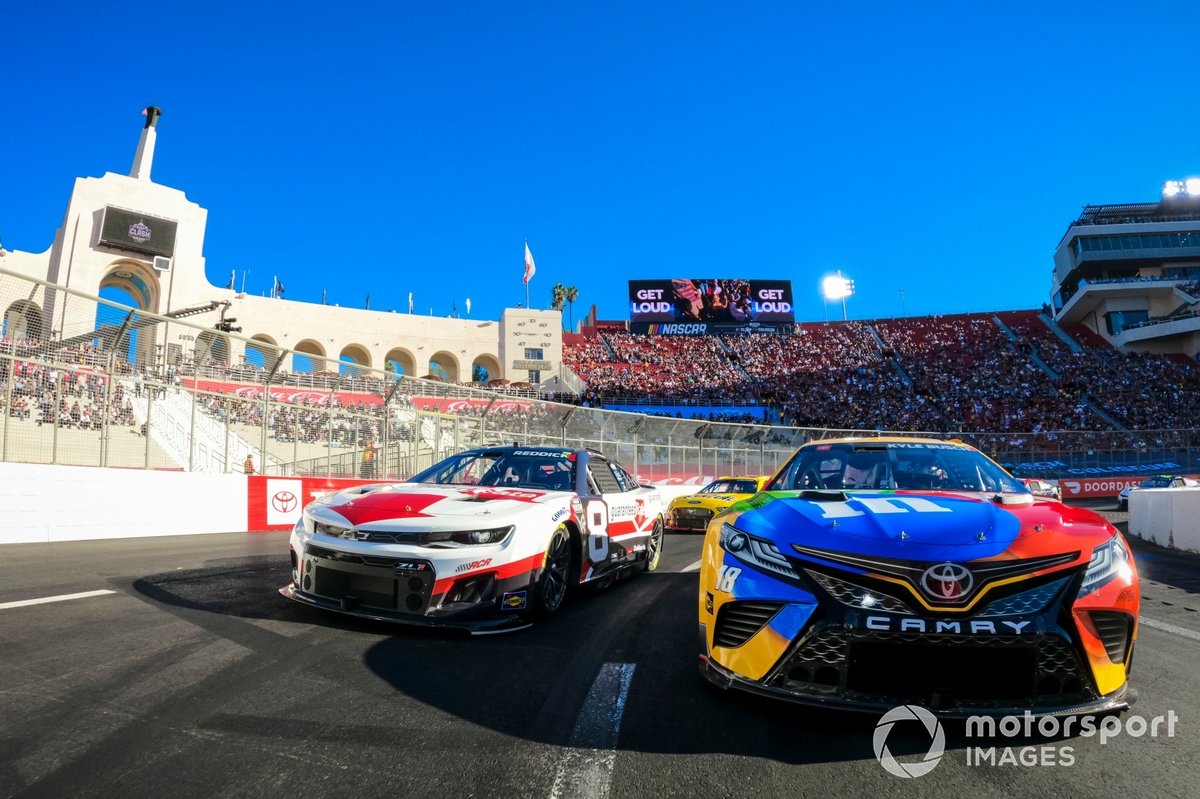