© 2021 Motorsport Network. All rights reserved.
TV Buy tickets Store
Previous / GEICO renews Germain Racing sponsorship for 2018 and beyond Next / How Joe Gibbs Racing got back on top in the NASCAR Cup Series
NASCAR Cup / Special feature 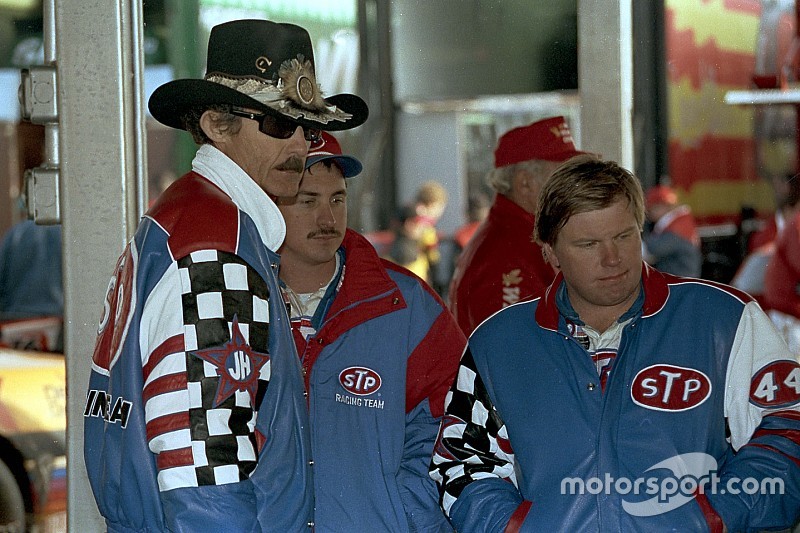 In the latest edition of the popular series “Where are they now?”, Motorsport.com caught up with Rick Wilson to talk about his nearly two-decade career in NASCAR’s national series and what he’s up to these days on his family farm in Bartow, Florida.

Wilson made over 200 starts in NASCAR’s top series throughout his career and is probably best remembered for taking over the ride held by ‘The King’ Richard Petty after his retirement in 1992.

“Driving for the King was awesome,” said Wilson. “It was an honor to get an opportunity to get into his seat and I’ve always appreciated the opportunity Richard gave me.”

Although Wilson hung up his driving gloves permanently over 20 years ago, he’s far from wasting his days sitting in a rocking chair.

Wilson, 64, keeps his days busy running his family businesses which includes a cattle and citrus ranch, a small manufacturing company and a fitness center in Bartow.

“We’ve had this ranch in my family forever,” Wilson said. “We stay busy with that and my son Travis and also buy and sell heavy equipment. That keeps me pretty busy as we’re always on the go working with our businesses.

“I enjoy working with Travis and we work hard and spend a lot of time together and working with our businesses and that keeps us both busy these days.”

Missing the competition and the camaraderie

While Wilson has plenty to keep him busy, he still thinks of his days competing in NASCAR.

“When I first stepped out of the sport I missed it a lot but I don’t miss it as much anymore over time,” added Wilson. “I don’t miss driving the car necessarily, but I do miss the people. That is what made being a part of the sport so much fun.”

Wilson started his career driving his family owned car with top finish of ninth in 20 starts between 1980 and 1982.

His break came in 1986 when he was hired to drive full-time for Morgan-McClure Racing. He would stay at the young team for the next four seasons scoring a best finish of second in the 1988 Firecracker 400 in July at Daytona International Speedway.

“We had a lot of fun racing together as we were both learning and racing hard,” Wilson said. “We worked hard and learned a lot together. Those were some good times and that is what I miss about racing. The people and the good times we had together.”

Wilson moved on to RahMoc Enterprises in 1991 and then the Stavola Brothers the following year before answering the call from Petty for the 1993 season.

Wilson drove the entire season for Petty and finished his career in the Cup Series making three starts in 1997. He also made 47 starts in what was then known as the NASCAR Busch Series scoring a pair of wins in 1989.

While Wilson has plenty to keep him busy he’s decided to give something else a try later next year.

“I never would have dreamed this in a million years, but I’ve decided to give local politics a try and will run for County Commissioner,” Wilson said. “I figured the people of Polk County could use a businessman with common sense in the office and we’ll see how it goes if I get elected.”

If elected, Wilson would be following in the footsteps of Petty as well as he also served as County Commissioner in Randolph County for 16 years during his driving days.

“I’m just a hard-working businessman who’s been blessed and I want to use what I’ve learned through the years to help people in my home county,” he said.

Nothing replaces the thrill of driving

Wilson helped his son Travis race for a while after he retired from full-time competition. He also got back in the car a time or two, including the 2010 Legends Race at Bristol Motor Speedway which he won.

“I enjoyed helping Travis when he raced but he decided to get married and start a family and that was fine,” said Wilson. “I enjoyed helping him but nothing can replace that feeling you get competing in NASCAR.”

Wilson doesn’t go to many races these days, but will watch occasionally.

“I honestly stay so busy I don’t get to as many races as I used to, but when I do, I usually take Travis with me and go and enjoy our time at the track together,” Wilson said.

Remembering the good times and staying in touch

While Wilson doesn’t attend many races anymore, he still keeps up with the sport and stays in touch with several former competitors and crew members.

“I talk to Harry (Gant) and Charlie (Henderson) every once and a while,” Wilson said. “I also talk with Chris Carrier about every other week. It was fun seeing a lot of old friends in the legends race at Bristol as well.”

Wilson said there are a lot of people to thank for his career in NASCAR and he’ll always appreciate things Bill France Sr., said and did for him when he was getting started in the sport.

“Bill (France) Sr. helped me a lot and I always respected Bill (France) Jr.,” said Wilson. “When I first started out we didn’t have big sponsors and motorhomes and things like that, but we were always treated with respect.

“I’ve always remembered that and appreciated that from Bill Sr.”

GEICO renews Germain Racing sponsorship for 2018 and beyond